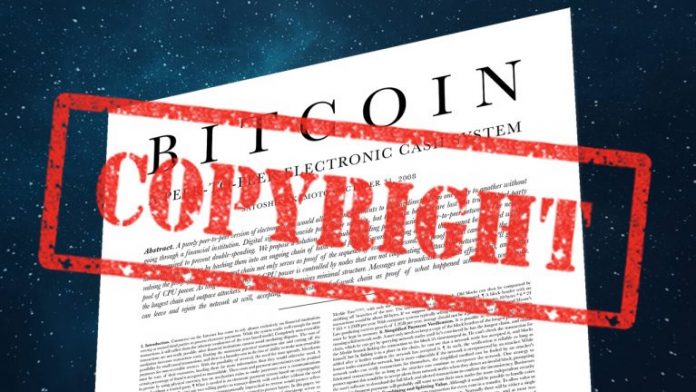 During the last few days, the cryptocurrency community has been discussing the recent action taken by Craig Wright’s lawyers against web portals that host the original Bitcoin white paper. Recently letters were sent to a number of websites requesting the removal of the paper due to alleged copyright infringement.

**Editor’s Update 1/21/21 @1:15 p.m. (EST): At some point during the day, the owner of the web portal bitcoin.org, Cobra, deleted his tweet (quoted below) concerning the locked white paper removal conversation on Github. The conversation was locked for being “too heated and limited conversation to collaborators.”

The digital currency space is dealing with controversy once again, as a number of web portals like bitcoin.org have been sent notices from Craig Wright’s legal team telling them to remove the Bitcoin white paper from their site. Wright has claimed for years now that he is Bitcoin’s inventor, Satoshi Nakamoto, but Wright has never proven this to the greater community.

Furthermore, Wright also claims to be the “rightful owner” of the bitcoin.org domain and alleges that a group of people took control of the site and altered information. The current owners of bitcoin.org deny Wright’s claims and stress Wright’s allegations are “without merit” and the site refuses to comply.

“Yesterday both bitcoin.org and bitcoincore.org received allegations of copyright infringement of the Bitcoin whitepaper by lawyers representing Craig Steven Wright,” the bitcoin.org statement about the incident details. “In this letter, they claim Craig owns the copyright to the paper, the Bitcoin name, and ownership of bitcoin.org. They also claim he is Satoshi Nakamoto, the pseudonymous creator of Bitcoin, and the original owner of bitcoin.org. Bitcoin.org and Bitcoincore.org were both asked to take down the whitepaper. We believe these claims are without merit, and refuse to do so,” bitcoin.org’s operators further insisted.

An attempt to add the Bitcoin whitepaper back to the Bitcoin Core Github was locked, despite proof the whitepaper is MIT licensed and the thread having almost no “trollling”: https://t.co/LhUnXJhrdy

Total fear, and total capitulation. Bitcoin Core is dead as a project IMO.

The owner of the website bitcoin.org who goes by the pseudonym ‘Cobra’ has also been tweeting about the recent claims made by Wright’s lawyers. Moreover, Bitcoin Core’s lead maintainer Wladimir Van Der Laan said on Github that the white paper “doesn’t necessarily need to be hosted here,” in reference to the website bitcoincore.org, which also received a notice from lawyers. “Unless anyone can point to an explicit place where Satoshi licensed it under a free license, legally it is safer to remove it from the bitcoin-core.org site,” Van Der Laan wrote.

Cobra didn’t seem to appreciate Van Der Laan’s decision and tweeted about the legal letters. “You let one legal letter force you into modifying Bitcoin Core’s website and remove the whitepaper, at the request of CSW,” Cobra wrote in response to Van Der Laan’s tweet about the issue. “You gave precedent and lent legitimacy to his claims, and made it more likely for his attack on bitcoin.org to succeed. No sympathy,” Cobra’s scathing critique further noted.

The current bitcoin.org domain owner also tweeted about how people can donate to the web portal’s legal fund against the white paper copyright claims.

If you want to contribute to /bitcoin.org’s legal defence against CSW’s copyright claims over the whitepaper and alleged ownership of the domain. We have a donation address. We can’t let this continue.

The issues have become a hot topic on social media and crypto supporters have been discussing the alleged white paper copyright claims with great fervor. Many bitcoin proponents announced hosting the white paper on their websites. Bitcoin supporter Bruce Fenton told his 55,000 Twitter followers that the “Bitcoin white paper is open source and in the public domain.”

“The white paper was in the original repo that was licensed under MIT. CSW is clutching at straws here,” another person insisted. The Billfodl Twitter account exclaimed that it also refuses to take down the website’s hosted white paper as well.

“We also refuse to take down our white paper, just like Cobra Bitcoin,” Billfodl’s Twitter account said. “CSW and Calvin’s goons don’t scare us.” The bitcoin.org donation address for the organization’s legal defense has started to receive a number of BTC donations since Cobra tweeted about the copyright infringement situation.

U.S. Copyright Office ‘Does Not Investigate the Truth of Any Statement Made’

Moreover, there are other individuals who have claimed copyright ownership over the Bitcoin white paper in the past.

Wei Liu, a former executive at the bitcoin mining operation F2pool, registered a copyright for the Bitcoin white paper with ease, as he simply claimed to be the pseudonymous Satoshi Nakamoto and the author of the paper’s text. In fact, a statement from the U.S. copyright office, in regard to Wright’s copyright claim in 2019, said the government entity “does not investigate the truth of any statement made.”