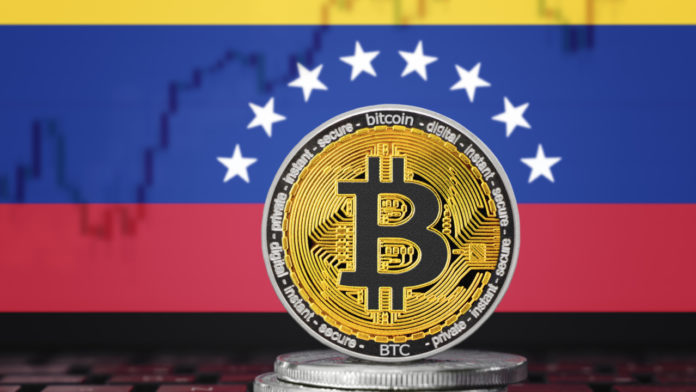 The very low power rates in Venezuela have created a powerful incentive to mine Bitcoin for a lucky few that have the capital (and dare) to purchase miners and infrastructure in the country. The rise of digital currencies has created a new industry that uses cheap energy and turns it into precious Bitcoin. In other regional news, Axie Infinity, a play-to-earn game, has created opportunities for the less fortunate ones. The country is going digital because of the possibilities these new tools offer.

The cheap cost of electricity is creating opportunities to leverage this resource and turn it into bitcoin, a more scarce and valuable resource. This is what many investors have been doing in the country. Theodoro Toukoumidis, CEO of Doctorminer, a services-oriented Bitcoin mining company, has more than 80 ASICS working non-stop. According to him, all those machines put together cost less than $10 in power monthly.

However, each of the mining machines costs approximately $400 dollars, a steep price for a country whose minimum wage doesn’t reach the $10 threshold. In any case, the price of mining goes even higher, with miners having to adapt power infrastructure and make repairs to be able to connect to the aging power grid. Venezuela is a country that went through a power rationing period that left citizens suffering disastrous blackouts back in 2019.

The situation has since improved, but there are still analysts worried about the effect that a power shortage could have on the operation of miners. Just last month, authorities in a key Venezuelan state disconnected the power supply to all miners due to their supposedly massive power consumption. These miners have since been reconnected to the power grid, after a delay.

The Hidden Cost of Mining

Mining has been a regulated and legal activity in Venezuela since Sunacrip, the Venezuelan cryptocurrency watchdog, established it as such last year. To establish mining operations, investors must comply with a series of requirements. Complying with these steps can be a little complicated, but these ensure that, in theory, the government will not take action against them. But experience states otherwise. There have been many stories about authorities visiting miners to extort them due to their activities.

In fact, Sunacrip had to clarify miners couldn’t be visited by state security forces without a representative from the institution, to curb the incidence of these questionable visits. But due to this, some miners have decided to carry out their activities hidden from the eye of the regulator. This has resulted in the seizure of thousands of mining machines by the authorities.

All of these factors combine to create a climate that seems conducive for the development of a digital economy, allowing some Venezuelans to escape the dire situation the country faces. While most Venezuelans cannot purchase and organize a mining operation, there are other ways to make money in crypto that carry a lower entry cost. Axie Infinity, a play-to-earn game that was launched in 2018, has allowed some Venezuelans to invest and offer scholarships for others to earn while playing the game.

Axie Infinity has become so popular that a number of academies offering scholarships for the game have gained notoriety in social networks. Vzlatothemoon, one of these academies, has reached trending status on Twitter several times. A scholarship in Axie means that an investor lends the characters needed to play the game to another player, and they split the earnings. This is now so popular in Venezuela that more than 300 stores are currently accepting SLP, one of the native tokens of the game, as a payment option.

What do you think about the digital economy that’s brewing in Venezuela? Tell us in the comments section below.