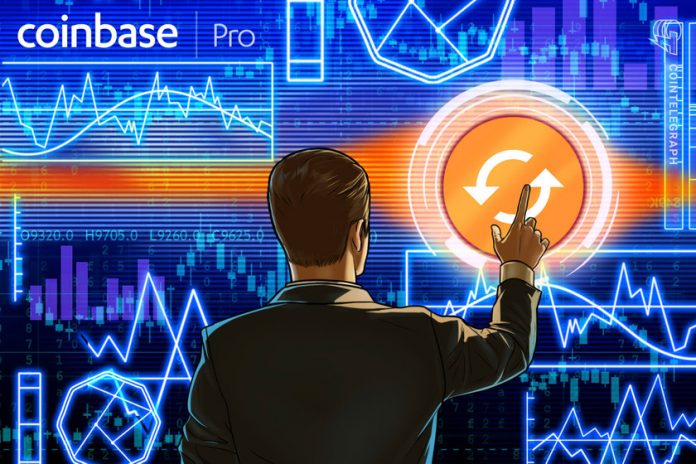 The exchange said the move was in response to “new guidance from the Commodity Futures Trading Commission.”

U.S. crypto exchange Coinbase Pro announced today that customers would not be able to use margin trading on the platform beginning on Wednesday.

According to the Coinbase blog, Chief Legal Officer Paul Grewal said that no new margin trades would be allowed starting on Nov. 25 at 2:00 PST. The exchange stated that it would take the product offline in December “once all existing margin positions have expired.”

“We believe clear, common sense regulations for margin lending products are needed to protect and provide peace of mind to U.S customers,” said Grewal. “We look forward to working closely with regulators to achieve this goal.”

Grewal said the move was in response to “new guidance from the Commodity Futures Trading Commission,” or CFTC. In March, the commission clarified its position on the “actual delivery” of assets to include crypto bought using leverage trading or other methods. The CFTC’s guidelines stated there would be a 28-day deadline for physical delivery, allowing buyers to use any purchased digital asset after that period.

When participants trade futures in traditional markets, they are betting on the future price action of an underlying asset. If they hold those futures all the way through settlement, they end up receiving the underlying asset, physically delivered to them. However, the CFTC guidelines clarify that for digital assets, the parties selling tokens and those acting as facilitators — which would include Coinbase — would not have any control over crypto used for margin trading once it has been delivered to the customer.

It’s unclear what impact the move will have on markets, but some pundits suggest it may cool down the recent price run.

Based on CFTC guidance Coinbase Pro is removing margin trading.

Huge blow to US crypto and likely to drive price impact as it will take a lot of money off the table:https://t.co/8lYHh9PiVf

Wonder how long before other US exchanges are forced to comply.

The announcement comes on the same day Coinbase stated it would no longer be using Form 1099-K to report the cryptocurrency activity of its users to the Internal Revenue Service. This tax form was for Coinbase users who had more than 200 transactions and $20,000 in volume annually, but did not include accurate reporting of the cost basis and fair market value of any cryptocurrency investments.

Coinbase announced it would be using 1099-MISC forms to report tax information for customers who have received $600 or more in crypto “from Coinbase Earn, USDC Rewards, and/or Staking in 2020.” However, it will not issue tax forms to users who are not U.S. citizens residing outside the country.

A RUNE with a view: How smart crypto traders caught a 48% price pump

Tether's general counsel doubles down on support for Peter McCormack

Blockchain tech 13X 'too expensive' to justify use: DocuSign CEO