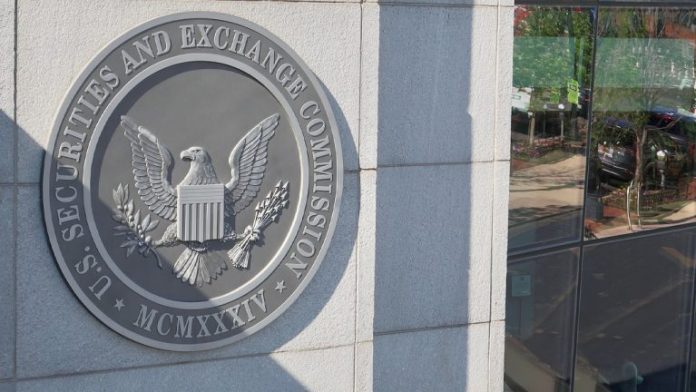 The U.S. Securities and Exchange Commission (SEC) issued a statement and is looking for public comment toward the custody of digital asset securities that have been handled by special purpose broker-dealers. The statement from the SEC follows the recent crackdown against Ripple Labs and the subsequent delisting of XRP on various platforms.

Ever since the SEC announced it was suing the company Ripple and the top two executives, the crypto-asset XRP dropped significantly in value. Moreover, since the SEC announcement, three cryptocurrency exchanges such as OSL, Crosstower, and Beaxy have all dropped XRP from the platforms. Furthermore, Bitwise investment fund also decided to sell it’s XRP holdings after the SEC lawsuit as the fund’s portfolio held close to 4% in XRP.

Essentially for a period of five years, some brokers that have dealt with digital securities and provide customers with certain disclosures may not see enforcement against them.

“For a period of five years, a broker-dealer operating under the circumstances set forth in the statement will not be subject to a Commission enforcement action on the basis that the broker-dealer deems itself to have obtained and maintained physical possession or control of customer fully paid and excess margin digital asset securities for the purposes of paragraph (b)(1) of Rule 15c3-3,” the SEC statement details.

The U.S. financial watchdog also said that the government entity is “requesting comment” in order to gain insight into the “evolving standards and best practices,” in regard to digital asset securities custody.

The SEC has been cracking down on the crypto industry for quite some time, and charged the blockchain company Block.one for conducting an unregistered initial coin offering of digital tokens (ICO). Block.one settled the charges by paying a $24 million civil penalty, the U.S. regulator detailed last year.

In addition to the exchanges and Bitwise dropping XRP, The Block’s contributor Frank Chaparro detailed on Wednesday, Mike Novogratz’s Galaxy Digital and the firm Jump Trading allegedly decided to stop dealing in XRP since the SEC charges, according to sources. Following the SEC’s statement, however, other platforms may decide not to drop XRP going forward.

“The Commission welcomes engagement from interested parties on these issues,” the U.S. regulator concluded.

What do you think about the SEC’s recent statement toward special purpose broker-dealers who deal with digital currency securities? Let us know what you think in the comments section below.

The post Digital Securities Brokers May Not Be Subject to Enforcement for 5 Years, Says US Regulator appeared first on Bitcoin News.