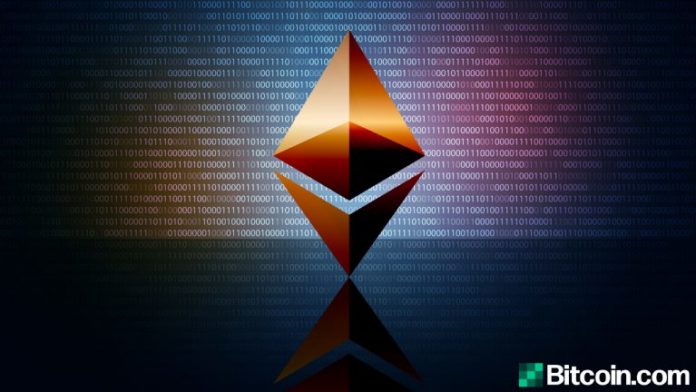 In December 2020, the mining rig manufacturer Innosilicon released a new ethereum miner called the Innosilicon A10 Pro+, which processes Ethereum-based hashrate at around 750 megahash per second (MH/s). Regional reports have noted Innosilicon is dropping a new ether mining rig this summer that processes speeds of up to 2,000 MH/s. Additionally, during the course of the last few months, the Ethereum network hashrate has continued to climb relentlessly.

While ethereum (ETH) prices have touched new all-time highs (ATH) in 2021, miners on the network are pulling in hefty profits. Moreover, miners have limited time on their hands as ETH will eventually transition to a proof-of-stake (PoS) structured system.

Despite the time running out, miners are pointing a lot of hashrate at the ETH blockchain as 0.490883 petahash per second (PH/s) is directed at the network. The mining rig manufacturer Innosilicon makes the two most profitable ETH mining rigs according to current statistics. Bitmain’s Antminer E3, G2 ethereum-based miners follow behind respectively.

This year, a source stemming from the Chinese platform Weibo talked about a new Innosilicon miner that is set to be the successor of the A10 series. Reportedly, the Innosilicon A11 Pro Ethmaster will command 2,000 MH/s, giving an owner over $200 per day in profit per machine, if the owner gets electricity at $0.12 per kWh.

The cost for the new machine is still unknown, but reviews have said that the machine consumes around 2,300W off the wall and has 8GB of memory. The company still sells bitcoin (BTC) miners with the firm’s Terminator series as T3 units can range between 57 to 67 terahash per second (TH/s). Innosilicon’s A11 Pro Ethmaster is also listed on the data site asicminervalue.com and is slated to drop in July 2021 according to that specific source.

The company’s webpage claims that with “processes from 55nm to 5nm, Innosilicon has set a record of more than 200 tape-outs and achieved 100-thousand licensed FinFET wafers production per year at a 100% success rate.” Meanwhile, on April 2, 2021, ether prices touched an ATH of around $2,148 per unit.