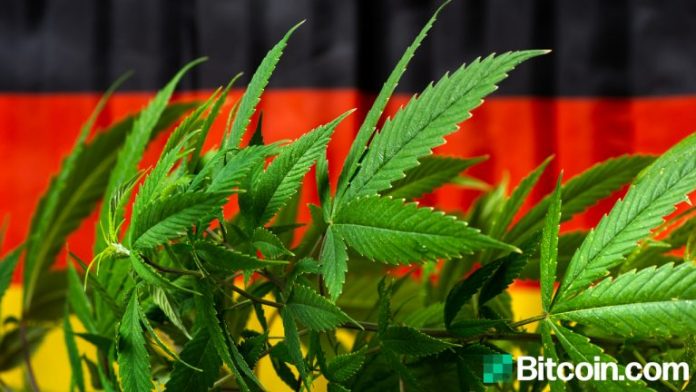 On Tuesday, the cannabis firm Synbiotic SE, a publicly-traded company in Germany that’s listed on the Frankfurt Stock Exchange and Xetra, has announced it is leveraging bitcoin to hedge against the euro. Synbiotic’s chief executive officer, Lars Müller explained that the company decided to hedge with the leading crypto asset in order to protect the firm from further risk of euro and dollar devaluation.

Synbiotic CEO: ‘Bitcoin Is the Exact Antithesis of Traditional Currencies’

A German cannabis company is joining the growing list of firms that are adding bitcoin (BTC) to their treasuries. Synbiotic SE announced on Tuesday that it is holding BTC in order to hedge against fiat currency inflation. Synbiotic’s CEO, Lars Müller explained that the cannabis firm has already started to shift “free liquidity into bitcoin.”

“Our decision focused less on price fluctuations than the risk of devaluation of euro and dollar. Bitcoin is the exact antithesis of traditional currencies: its volume is limited to 21 million units,” Müller said during the announcement.

“This limit is fixed and inviolable, which the cryptocurrency‘s decentralized organization and the blockchain‘s tamper-proof nature in turn guarantees. For this reason, we have more long-term confidence in bitcoin than in euros or dollars, where a central institution, influenced by politicians, can expand the money supply immeasurably,” he added.

In addition, the cannabis sector, in particular, has had very positive experiences with bitcoin as a simple and digital means of payment. Several Synbiotic subsidiaries already accept payments in bitcoin in addition to payments in euros.

The Massive Devaluation of Fiat Money Is a Legitimate Concern

Synbiotic’s recent announcement follows a slew of companies adding BTC to their balance sheets. This week, Microstrategy announced it was selling $600 million in convertible shares to purchase the leading crypto asset. Synbiotic currently focuses on the synthetic production of cannabinoids, drug development, dietary supplement development, and cosmetic products as well.

Much like most of the firms adding bitcoin to their treasuries, Synbiotic’s reasonings and “legitimate concern” are similar. Synbiotic and many other businesses are concerned about the “massive devaluation of fiat money” particularly when it comes to the U.S. dollar and the EU’s euro.

Synbiotic believes that the company is the first corporate entity in Germany that has invested in BTC in order to curb inflation.