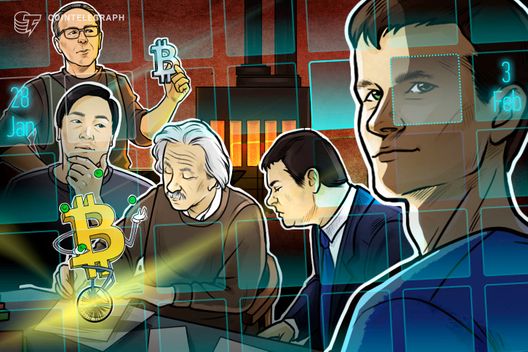 Major global banking payments network SWIFT announced plans this week to develop a Proof-of-Concept of a gateway that will let blockchain consortium R3 link to GPI (Global Payments Innovation) payments from their platform. According to SWIFT, users of the R3 platform will be able to authorize payments through the new GPI Link, settling GPI payments with the users’ banks, with the credit confirmation reported back to the trade platforms via GPI Link.

Gemini crypto exchange, which was founded by brothers Cameron and Tyler Winklevoss, completed a security compliance review by Big Four auditing firm Deloitte this week. According to their announcement, Gemini is the first in the crypto industry to complete an SOC 2 Type 1 review, which involves a review of the exchange’s application, infrastructure, underlying customer database, and its cryptocurrency storage systems. Gemini stated that they would be undergoing an SOC Type 2 review in 2018 to assure further compliance. 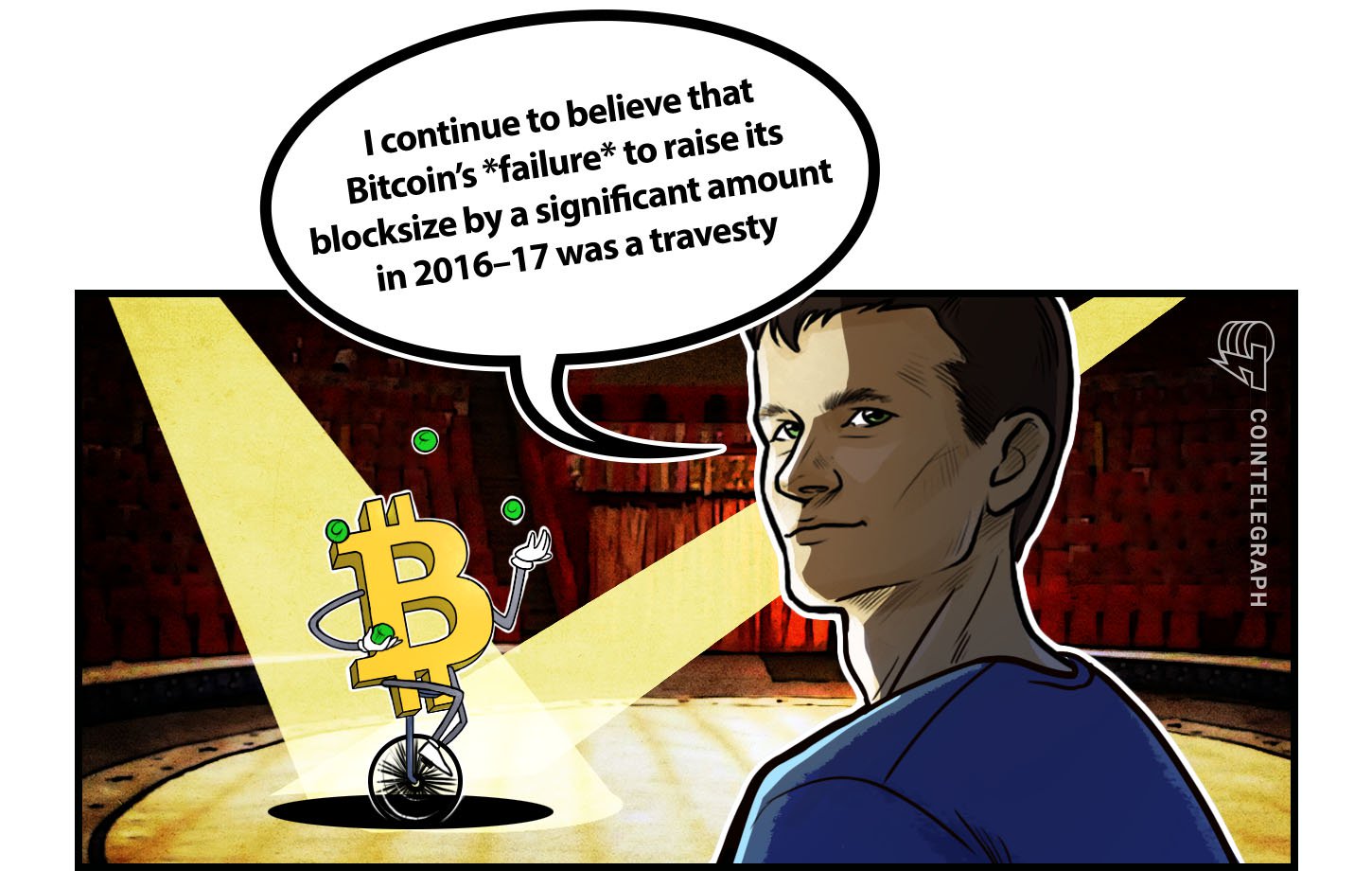 American investment giant Fidelity has reportedly set a March launch date for its Bitcoin (BTC) custody offering, also noting this week that the crypto trading and custody platform is in its final stages. In an announcement this week, Fidelity noted that it has been working with auditors to ensure regulatory compliance and adapt the operational processes to their crypto-oriented platform. Fidelity notes that the services will first be provided to a small and select group of clients as the platform’s infrastructure is built.

According to a report from blockchain analytics company Chainalysis, two hackers groups have reportedly been responsible for around $1 billion in stolen cryptocurrency. The two entities, which the report dubbed Alpha and Beta, are most likely still active. While the two groups differ in their timing of cashing out, both organizations reportedly transfer the stolen funds an average of 5,000 times to prevent exchanges from flagging the hacked cryptocurrency with their anti-money laundering (AML) systems.

Iran is soon planning to unveil its state-backed cryptocurrency, local sources reported this week. The so-dubbed crypto-rial would potentially serve as a way for the country to sidestep sanctions, the most debilitating of which is the lack of access of most Iranian banks to the SWIFT payment system. Iran is also currently reportedly in talks with eight countries to discuss the possibility of using cryptocurrency for financial transactions, but the local sources were unclear if it concerns crypto in general or a state-backed coin. Also this week, Iran released a draft of its crypto regulation plans, noting that some aspects of crypto would be banned. 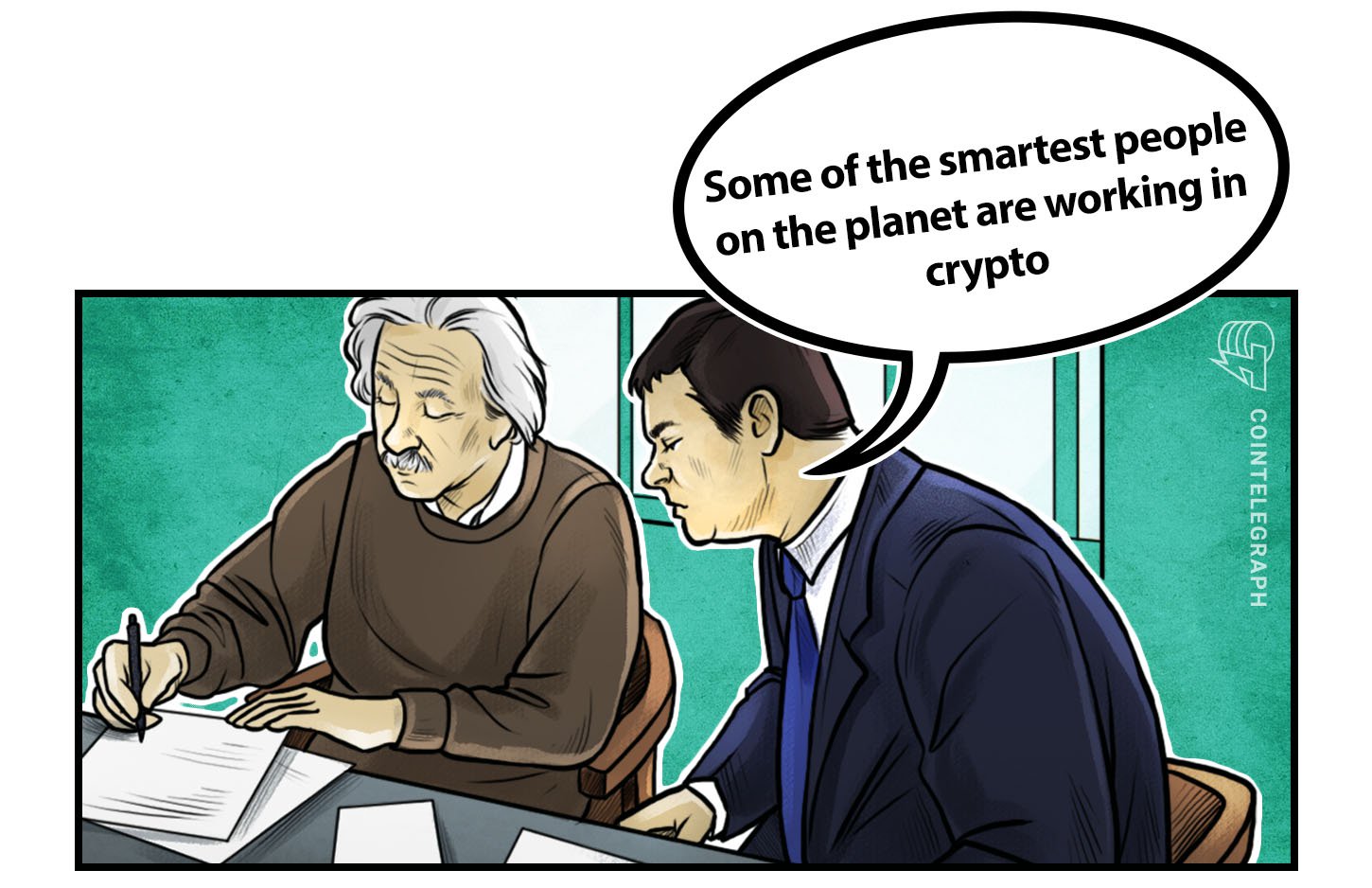 The crypto markets remain steady at the end of the week, with Bitcoin trading at around $3,471, Ripple at $0.31 and Ethereum at about $108. The total market cap is at around $114 billion. 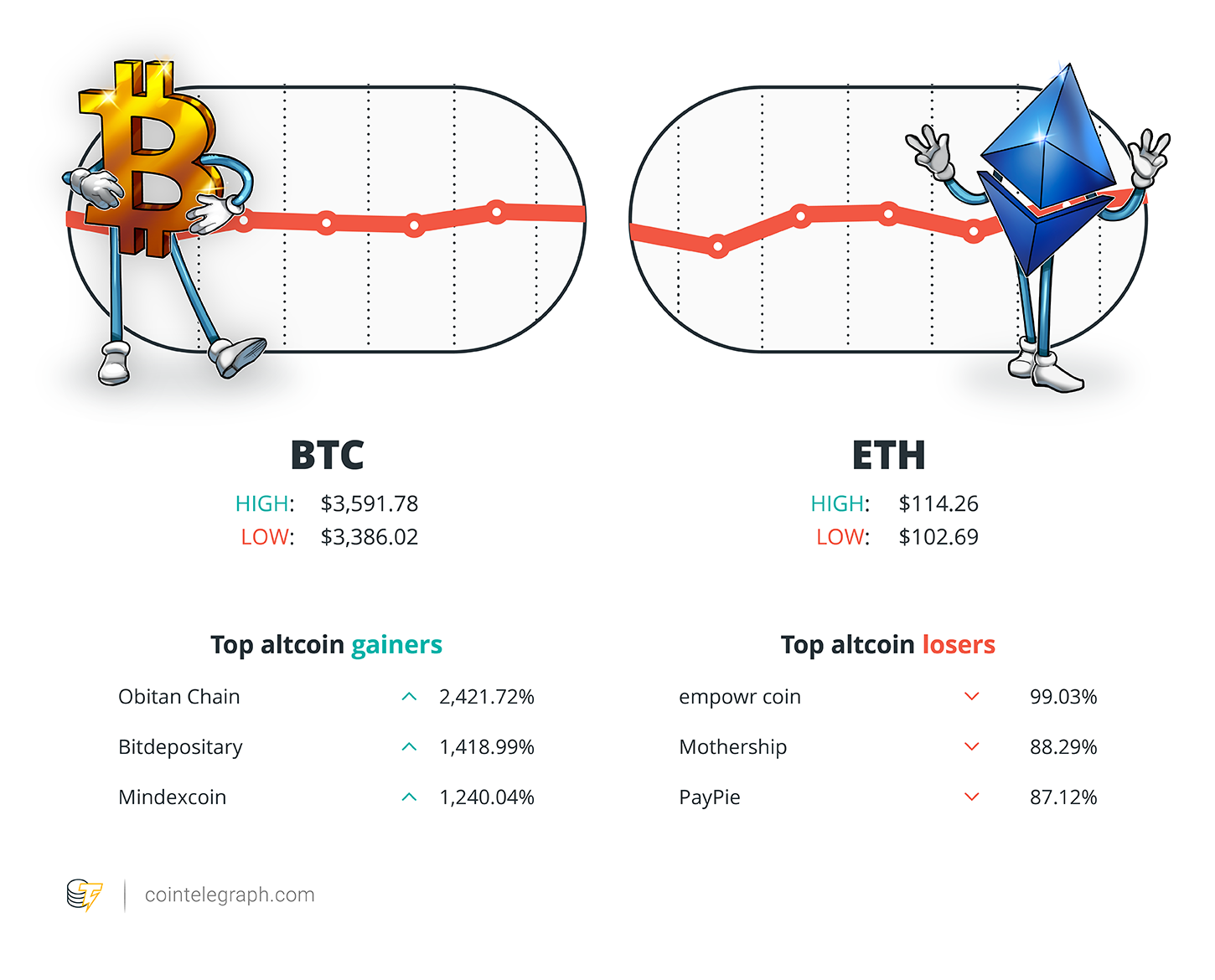 For more info on crypto prices, make sure to read Cointelegraph’s market analysis.

“Interestingly, we just polled 4,000 Bitcoin investors and their number one investment for 2019 is actually gold. So gold lost to Bitcoin and now it’s going the other way.”

“This won’t necessarily lead to governments being toppled, but it’s going to lead to an interesting brain drain […] some of the smartest people on the planet are working [in crypto] and when they start clustering in places that are more friendly from a regulatory perspective, that’s going to create something very, very interesting.”

“Fungibility is the only property of sound money that is missing from Bitcoin & Litecoin. Now that the scaling debate is behind us, the next battleground will be on fungibility and privacy. I am now focused on making Litecoin more fungible by adding Confidential Transactions.” 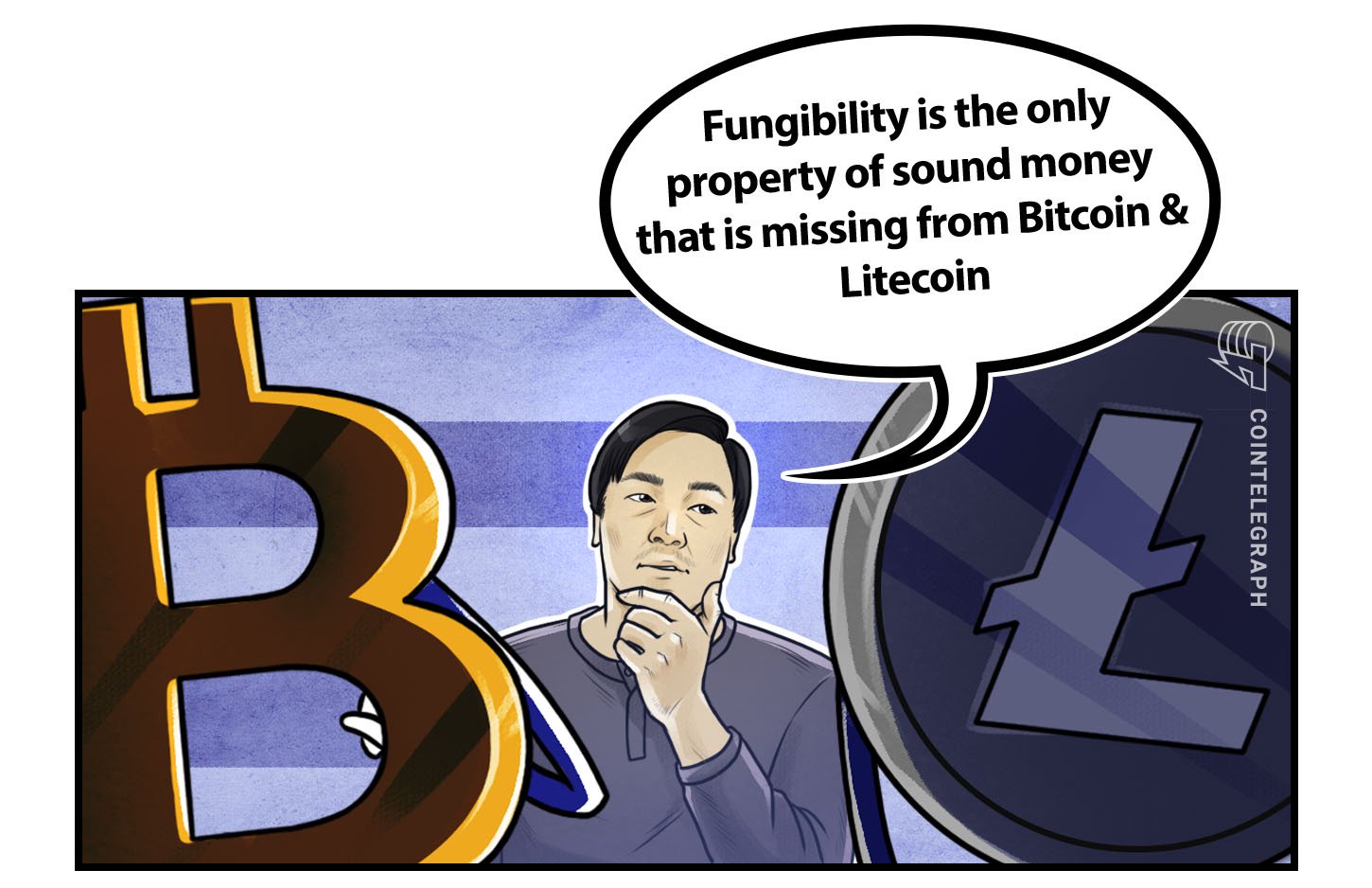 “Now I personally can see that it’s not axiomatically true that doing nothing is safest, especially in the context of a changing environment (for example I continue to believe that Bitcoin’s *failure* to raise its blocksize by a significant amount in 2016–17 was a travesty and a great violation of many people’s expectations of the protocol, and one that led to more total losses due to excess txfees than the amount lost in the MtGox hack), but this is the argument that you need to be arguing against.”

“I think the market is going to be quiet for a little bit, while people focus on actually creating things. It feels like a little bit of a Mesopotamia, ‘cradle of civilization’ moment, where everyone has the ingredients they need, needs to focus in and start to build out those empires, and create what the future is going to look like, and that’s what this year is going to be about.”

“Many people don’t know this, but the initial mission of PayPal was to create a global currency that was independent of interference by these, you know, corrupt cartels of banks and governments that were debasing their currencies.”

FUD of the Week

New Zealand-based cryptocurrency exchange Cryptopia is still losing money to hackers, according to a report from blockchain infrastructure firm Elementus. After the crypto exchange  suspended its services on Jan. 15, Elementus had reported that as much as $16 million of Ethereum (ETH) and ERC20 tokens were stolen. This week, Elementus notes that the attack has continued, as hackers have siphoned out 1,675 ETH (about $179,000 at press time) from 17,000 Cryptopia wallets.

After posting an announcement that they were down for maintenance, Canadian cryptocurrency exchange QuadrigaCX filed for creditor protection. According to the statement, the filing will allow the exchange to address their financial issues that have prevented them to serve customers. The exchange’s apparent shutdown has been rumored to be connected with the recent death of its founder, as some have posited that the private keys to users’ funds have been lost. A reported $190 million of user funds is allegedly inaccessible.

20-year-old Joel Ortiz pleaded guilty this week to a charge of stealing $5 million in cryptocurrency through a process known as SIM swapping. According to the courts, Ortiz is the first person to be sentenced for the crime. Ortiz’s plea deal gives him 10 years in prison, and he will be officially sentenced on March 14. One of the agents in the investigation said he hopes that the arrest and conviction serve as a strong message to the community. 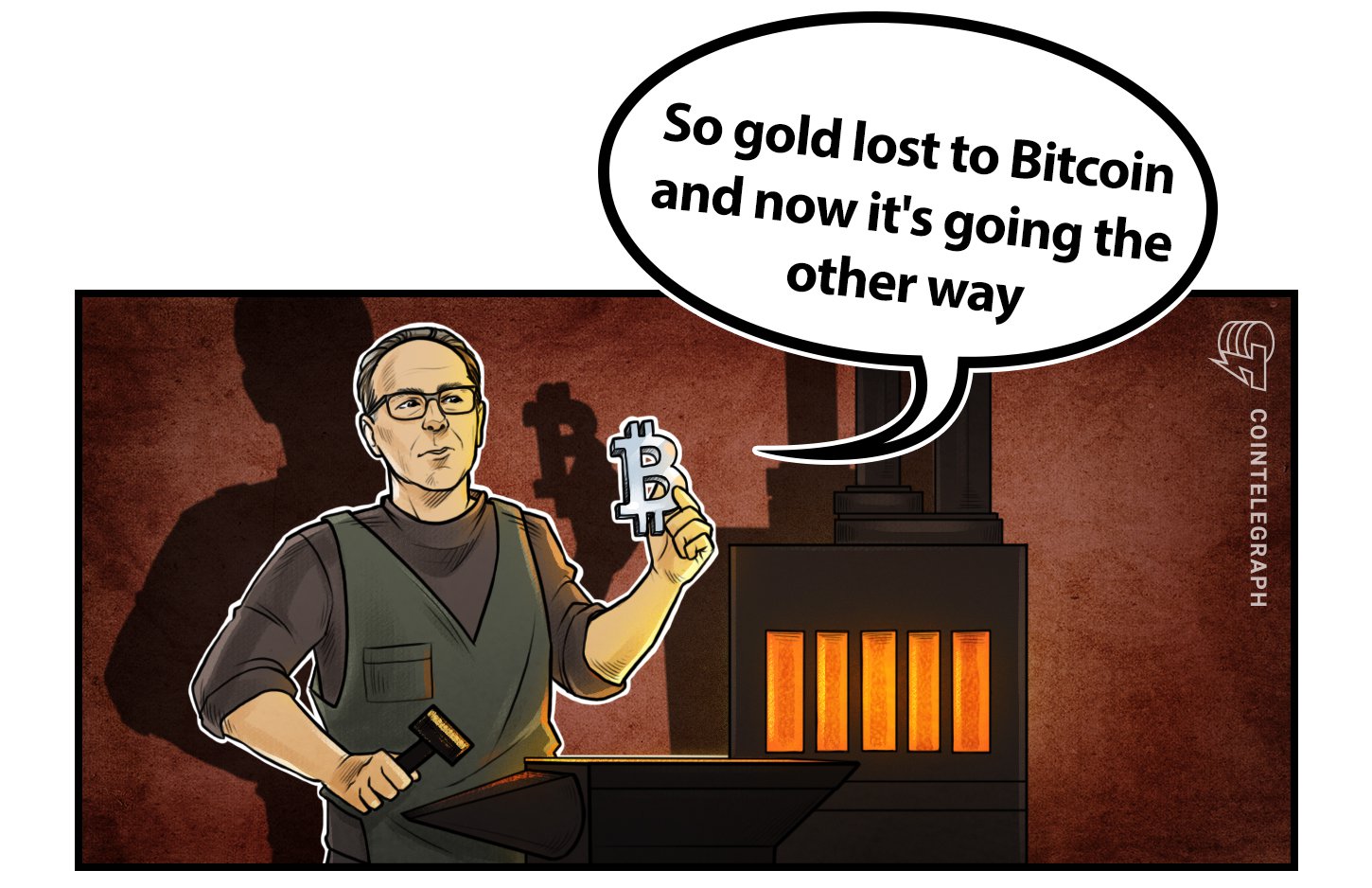 Venezuela on Fire: How Maduro’s Petro Plan Failed to Bail Out the Country

After Juan Guaido declared himself to be president of Venezuela, the country has faced severe political turmoil. However, Venezuela’s political and economical situation before the attempted coup was already in dire straits. Cointelegraph looks at how the elected president, Nicolas Maduro, tried to fix the country’s problems with his oil-backed cryptocurrency, the Petro.

Trump Ended U.S. Government Shutdown, but the Damage It Did to Crypto Adoption Is Here to Stay

After about five weeks of inactivity, the U.S. government is temporarily working again. But the long break means a significant buildup of work, and cryptocurrency and blockchain legislation may not have the top priority for getting looked at. Cointelegraph examines what the pause in government operations means for the crypto industry.

Malta, also known as the “blockchain island,” prides itself on its cryptocurrency-friendly legislation and its welcoming of crypto-related businesses to the country. However, an open environment also may come with potential dangers, as the nascent crypto industry has room for bad players. Cointelegraph analyzes how Malta’s crypto regulation is opposed by some international regulators, and what it means for the country.

‘I Fu%*ng Told You So’ – John McAfee Declares Bitcoin Bear...