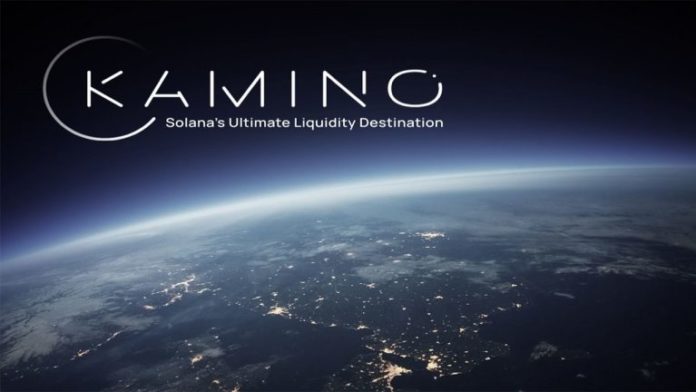 Kamino Finance builds on the advantages of CLMM’s, which reduce slippage and facilitate larger trades by narrowing the price range at which users provide liquidity.

By automatically adjusting positions so they are set in an optimum range to capture the most fees and provide the deepest liquidity, Kamino removes common pain points for CLMM liquidity providers (LPs). In addition, Kamino automatically compounds CLMM fees and rewards back into users’ LP positions, boosting yields as position sizes grow.

Marius Ciubotariu, the co-founder of Hubble Protocol, says: “Managing profitable LP positions has been notoriously difficult due to the complexities posed by CLMMs and the increased risk of impermanent loss when prices swing the wrong way, as well as front-running by bots – common on Ethereum.

“Thanks to the lightning-speed throughput of the Solana blockchain, Kamino is able to provide LPs with higher yields and maximum capital efficiency. This fully realizes the potential of CLMMs. With Kamino, we hope to be paving the way for DeFi’s next explosive period of growth on the Solana DeFi ecosystem.”

Instead of the usual CLMM NFT, Kamino will provide LPs with a fungible LP token as a receipt of deposit. This LP token can be used as collateral to borrow USDH, Hubble’s censorship-resistant stablecoin, which can then be used to transact or earn further yield in Solana DeFi.

Hubble will build the first Kamino vaults on top of Orca’s concentrated liquidity whirlpools. At launch, vaults will be dedicated to stable-asset and pegged-asset pairs, with additional vaults added in the future.

Milan Patel, Head of Business Development at Orca, says: “By building upon Whirlpools, Hubble has created a simple way for liquidity providers to access the benefits of concentrated liquidity without continuous rebalancing. Hubble’s Kamino project demonstrates how concentrated liquidity on Orca can be easily harnessed by all users and protocols.”

Hubble Protocol enables the Solana DeFi community to borrow USDH, a censorship-resistant and crypto-backed stablecoin. By depositing a range of bluechip crypto tokens such as SOL, BTC, ETH, liquid staking tokens like mSOL, stSOL, and daoSOL, and a growing number of assets, users can mint USDH at up to an 80% LTV.

USDH can be used on multiple protocols across the Solana DeFi ecosystem to transact and earn yield. The Hubble team is completing a roadmap that includes improvements to the current USDH borrowing platform as well as the launch of new products and services, like Kamino, that bring real and long-term value to DeFi.

Kamino Finance is an automated market-making solution built on DEXs powered by concentrated liquidity. The protocol optimizes CLMM liquidity by leveraging the superior speed and cost of Solana to rebalance positions and auto-compound fees plus rewards on behalf of users.

As an automated product guided by quantitative analysis and modeling, Kamino seeks to provide users with a market-making tool that requires little to no expertise for participation. LPs can “set it and forget it” to maximize their earned fees and minimize IL when providing liquidity via Kamino.

This is a press release. Readers should do their own due diligence before taking any actions related to the promoted company or any of its affiliates or services. Bitcoin.com is not responsible, directly or indirectly, for any damage or loss caused or alleged to be caused by or in connection with the use of or reliance on any content, goods or services mentioned in the press release.