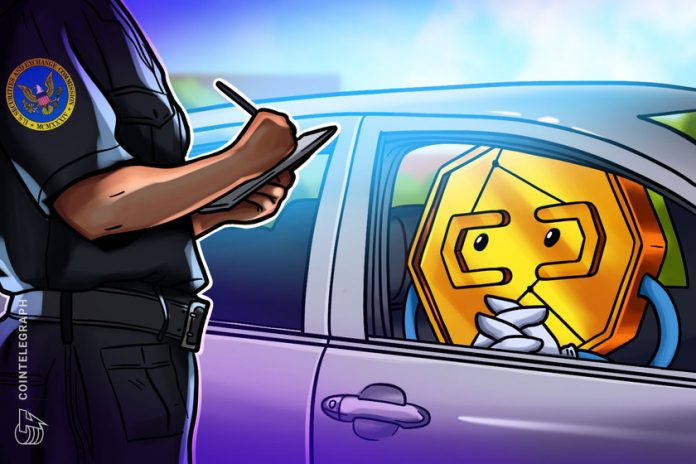 The SEC’s investigation into the crypto trading firm, which paid fines of $300,000 in July, apparently continues.

Back in July, the Securities and Exchange Commission alongside the Commodity Futures Trading Commission fined investment app Abra for providing trading on synthetic assets.

At the time, that looked like the end of the matter. However, in response to Cointelegraph’s Freedom of Information Act (FOIA) request for details in the Abra case, the SEC cited FOIA exemption 5 U.S.C. 552(b)(7)(A) — an exemption that only applies to ongoing investigations. The exemption applies to situations where releasing information could “reasonably be expected to interfere with enforcement proceedings.”

The SEC’s response does not provide details into the ongoing investigation, and was careful to spell out that it does not mean the commission is accusing Abra of anything yet: “the assertion of this exemption should not be construed as an indication by the Commission or its staff that any violations of law have occurred with respect to any person, entity, or security.”

So what exactly the SEC is investigating remains a matter of speculation, but must be something worth possibly filing another case over. A representative for the commission’s FOIA office told Cointelegraph that “there may be matters that they are trying to close before they close the overall investigation” — vague language characteristic of an organization that, as a matter of policy, doesn’t comment on investigations until they are over.

The original fines leveled against Abra were relatively small, totalling only $300,000. However, it sent a strong message as to the SEC’s jurisdiction. Abra has offices in California as well as the Philippines. The service to which the SEC and the CFTC ordered a halt was not one that the firm offered to U.S. users. It was, rather, a form of synthetically reproducing price movements on U.S. securities markets for retail investors outside of the U.S. There were arguments that the mission of both commissions — to protect U.S. investors — would not apply.

The SEC and CFTC disagreed and pushed forward. The operating principle seems to be that any connection to the United States is sufficient for the U.S. regulatory infrastructure to clamp down on objectionable offerings. Similar questions of jurisdiction arose during the SEC’s pursuit of Telegram for its offering of GRAM tokens.

Abra had not responded to Cointelegraph’s request for comment as of press time.

Back in August, SEC Commissioner Hester Peirce told Cointelegraph regarding the Abra case and SEC jurisdiction that “It’s helpful if we can be as clear as possible about when our laws apply and when they don’t, it’s just that the world is a messy place.”