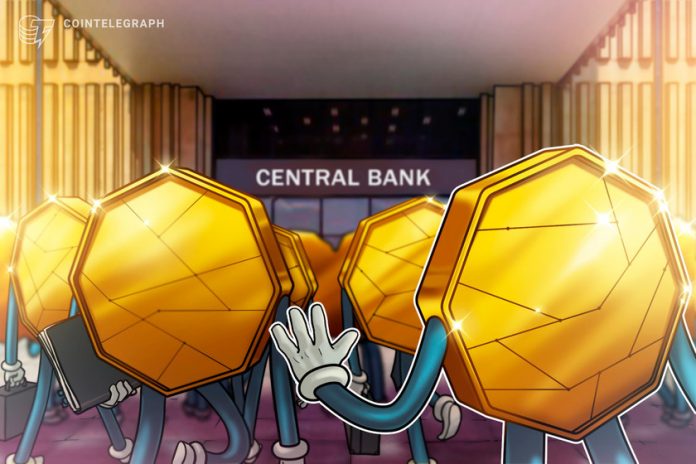 Talk of CBDCs and Facebook’s Libra headlined this week’s policy news, as international organizations weigh in on both.

Blockchain technology has attracted regulatory attention since its inception. The security of the Bitcoin network despite the value of BTC in play has consistently proved the resilience of blockchain technology in maintaining records across a vast range of parties.

However, many countries have determined that Bitcoin doesn’t behave as a currency at all, or at least not a replacement for their own. The nations behind the world’s most-used fiat currencies have in many cases pointed to Bitcoin’s volatility as a critical flaw. They have decided that the rise of stablecoins, especially over the past two years, poses a more clear and present danger.

New stablecoins, pegged to fiat or gold or baskets of currencies, can move value faster and more efficiently than existing monetary systems. Facebook’s announcement of Libra last year was a watershed moment. Monetary authorities quickly saw that Facebook’s user base is far larger than the population of any country. Practically overnight, Libra would conceivably be able to challenge every monterey authority on earth.

Some central banks had already begun work on their own digital currencies, but over the next year the U.S., EU, China, Japan and Great Britain — which issue the five leading currencies in the world — would all have active research into the subject of a CBDC. But while governments are trying to keep up in the race to upgrade their own currency, they remain suspicious of private entities like Facebook challenging them. While this has been going on for some time, the past week saw major flare-ups.

G7 and G20 will make Libra toe the line

The G20’s financial watchdog, the Financial Stability Board, published new guidance warning governments as to the dangers that global stablecoins pose to monetary sovereignty. The guidance comes on the heels of a drafted G7 statement that promised to block stablecoins like Libra from launching until they address all regulatory concerns.

The G7 and G20 both represent their respective number of countries, including the largest economies in the world. That wealth ensures that the countries involved have a stake in maintaining existing monetary norms. However, everyone seems to recognize that money could be so much better than it is right now.

As to concerns, the G20’s guidance rattles off a number of the classics, including anti-money laundering and terrorism financing. The overarching theme is that the key advantages of crypto are also its greatest risks: Cryptocurrencies can cross national boundaries far more freely than most money and reach way more people than existing financial systems. But these announcements are not aimed at crypto writ large. They put stablecoins in general and Libra in particular right in the crosshairs of future action.

If Facebook and the Libra Association want to continue — and they seem determined to — they have a long road ahead. Moreover, it really looks inconceivable that any Libra that boasts the global accessibility that its initial whitepaper promised has any chance whatsoever at hitting the market without being completely defanged. At least, that holds true in the most developed economies of the world.

The ECB, which issues the euro, has invited the public to comment on the development of a digital euro.

In its announcement, the ECB made clear that it did not intend to replace cash. It also drew a fairly clumsy distinction between any potential digital euro and crypto assets. After pointing to crypto’s legendary volatility as a difference, the announcement turned to stablecoins, saying they they lacked the backing of a central bank. This is called moving the goalpost.

While the invitation to consultation did not many specific claims as to the mechanisms behind a digital euro, the ECB is clearly doing its best to distance its project from stigma associated with crypto. It is, therefore, revealing that the word “blockchain” does not appear in the announcement. It’s obviously under consideration, otherwise the bank would surely point to lack of a blockchain as a real, substantive distinction between crypto and its envisioned euro, but it’s also true that the word blockchain is still subject to a lot of the same stigma and skepticism that drew the ECB to draw distinctions with crypto in the first place.

Nonetheless, the ECB’s breakdown of priorities for a digitized euro is clearly fixated on deciding between privacy, speed, offline utility and security — the classic tradeoffs of crypto.

…with Russia close behind

Not to be outdone, the Central Bank of Russia released a public consultation remarkably similar to the ECB’s, both in its concerns for a digital ruble and in avoiding mention of blockchain technology.

The ruble is not the global currency that the euro is. That was the case even before a collapse in value since 2014, as sanctions and slipping oil prices took their toll on the Russian Federation’s engagement with the global economy.

That said, Russia has been trying to increase ruble usage among countries similarly isolated from the Western-led global economy. It’s no surprise then that the Central Bank of Russia’s announcement for the public consultation does not really dig into issues of money laundering. Which, honestly, could prove good for the prospective trade in a digital ruble.

Writing for Reuters, Francesco Canepa and Tom Wilson explain CBDCs as a tool to beat out crypto.

Coinbase publishes a new transparency report on its work with international governments and law enforcement over the first half of 2020.

Russia’s Central Financial institution Is ‘Against Legalization’ Of Cryptocurrency