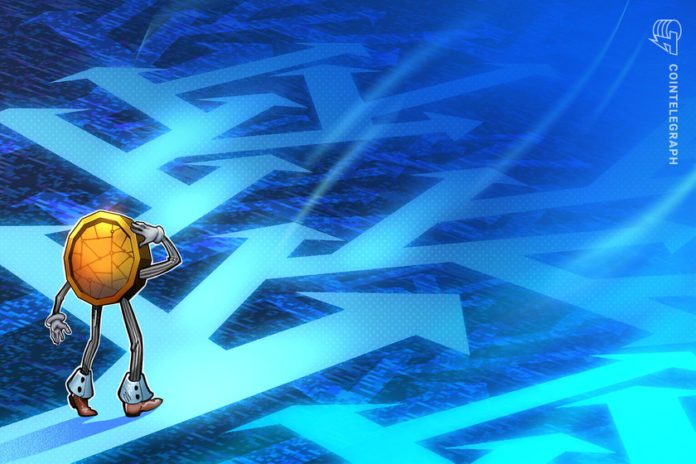 Nearly all major stablecoins lost their U.S. dollar pegs amid the FTX saga, but most have recovered again as markets stabilize.

Plunging cryptocurrency prices are not the only consequence of this week’s FTX-induced crypto contagion.

Significant market volatility this week induced by the collapse of the FTX exchange has impacted stablecoins with many of them depegging temporarily.

According to CryptoQuant senior analyst Julio Moreno, nearly all leading stablecoins have experienced some level of peg volatility this week.

The world’s dominant stablecoin, Tether (USDT) temporarily declined to $0.97 on Nov. 10 as redemptions surpassed $600 million over the past two days, he noted.

CoinGecko currently reports that USDT is still slightly below its peg, trading at $0.998 at the time of writing.

Crypto market volatility has gone up tremendously in the last few days amid the FTT/FTX downfall.

How are stablecoins doing in this environment?

Circle’s USD Coin (USDC) has not been immune from the volatility either, as redemptions topped $1 billion. The stablecoin fell to $0.977 very briefly yesterday but rapidly regained its peg, according to CoinGecko.

There was some volatility for the Binance stablecoin, BinanceUSD (BUSD), on the Gemini exchange, resulting in a brief dip to $0.98.

Tron’s algorithmic USDD stablecoin is still way off its peg, currently trading at $0.973, according to CoinGecko. It fell as low as $0.952 yesterday at peak volatility.

Concerns over the collateral backing the stablecoin are rising as Tron (TRX), which is used to redeem USDD, has tanked 12% since the beginning of the week. Justin Sun also accused FTX and Alameda of shorting USDD.

The de-pegging incidents coincided with a slew of stablecoins leaving the FTX exchange on Nov. 10.

FTX Exchange (0x2faf) has resumed transfer out 1 hour ago.

At the time of writing, most major stablecoins including USDC, BUSD, USDP, GUSD and TUSD had returned to their U.S. dollar peg, meaning market participants fearing another Terra-type stablecoin collapse can breathe easy again for now.

Markets have recovered marginally from yesterday’s rout with a 5% gain in total capitalization which was back over $900 billion once again.

International Crypto Standards: Will They Come From the Community or Governments?