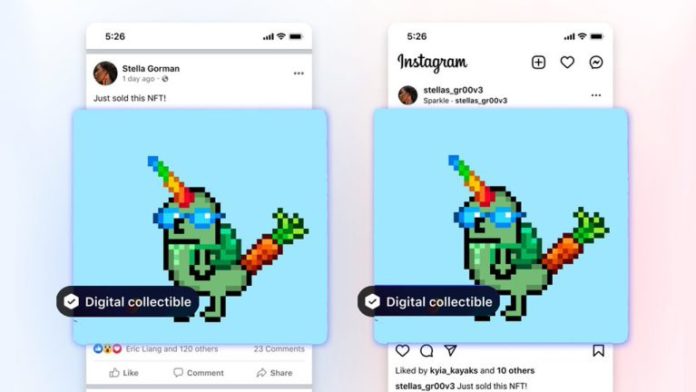 Meta Platforms, Inc. (Nasdaq: META), announced on August 29, 2022, that the firm is “introducing the ability to post digital collectibles” across Instagram and Facebook. Meta disclosed the information on Twitter and shared a blog post published in May that gets updated on a regular basis.

Meanwhile, a number of other people mocked the NFT announcement and one such individual told Meta: “No, I’ll just post the jpeg instead, thanks.” Another individual replied jokingly that sharing a jpeg was “more safe for sure.” A few people shared screenshots of the ability to cross-post NFTs across Instagram and Facebook.

The August 29 announcement follows Meta initiating NFT support to 100 countries and adding the ability to connect with third-party wallets such as Metamask and Rainbow. Meta also noted on August 4 that the digital collectibles features would support blockchains like Flow, Ethereum, and Polygon. At the time, Meta said that “there are no fees associated with posting or sharing a digital collectible” on Instagram and Facebook.

What do you think about Meta adding cross-posting NFT compatibility between Facebook and Instagram? Let us know what you think about this subject in the comments section below.

Crypto Is Tightening Up Its Anti-Money Laundering Game, While Banks Are...

UAE to Become Leading Destination for Blockchain-Related Businesses in 2019, Experts...