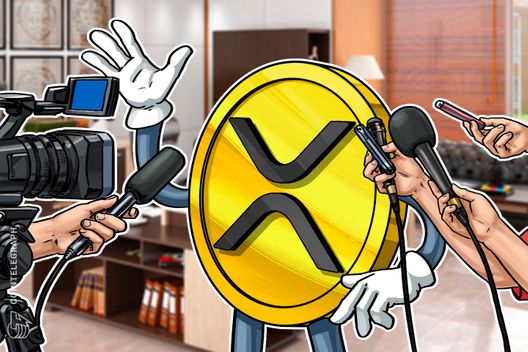 Crypto and blockchain company Ripple has reported today, Jan. 8, that 13 new financial institutions have signed up for the RippleNet payment network, bringing the total number of customers over 200.

The new institutions range from locations including Sweden, England and Kuwait, with 40 countries in total across all customers. Ripple’s blog post notes that five of the new additions — JNFX, SendFriend, Transpaygo, FTCS and Euro Exim Bank — will use Ripple’s digital asset, XRP, for liquidity when sending customer cross-border payments.

Other institutions new to RippleNet, like the named CIMB or Olympia Trust Company, will use Ripple technology for immediate settlement and more transparency payments.

Ripple CEO Brad Garlinghouse noted in the post that RippleNet is seeing two or three new customers join each week since last year, with a 350 increase in 2018 in customers sending live payments.

Speaking to CNBC, Garlinghouse, addressing a common concern that crypto payments are a poor substitute for fiat payment due to the currency’s volatility, noted foreign currencies can also be volatile. He said:

In March, SWIFT’s blockchain proof-of-concept reportedly was completed successfully with a focus on Nostro accounts — a bank’s account in a foreign currency in another bank. At the end of November, SWIFT India also partnered with a fintech firm to test a distributed ledger (DLT) network with the aim to increase the efficiency and security of financial products.