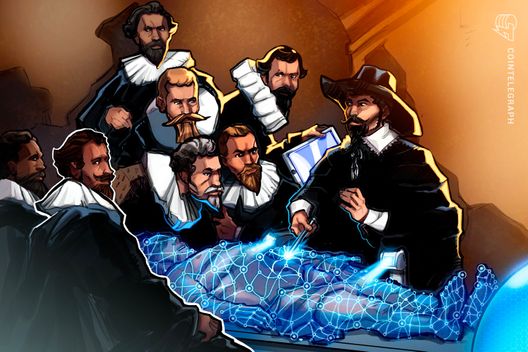 A recent poll of institutional investors by the Global Blockchain Business Council shows that senior executives are largely unfamiliar with blockchain technology.

In a survey of institutional investors by the Global Blockchain Business Council (GBBC), 63 percent of respondents believe that senior business executives have a poor understanding of blockchain technology. Cointelegraph acquired a copy of the study on Jan. 22.

In December and January the market research company PollRight interviewed 71 institutional investors, including private equity, hedge funds and pension funds on behalf of GBBC — a trading association for the blockchain ecosystem.

While most respondents believe that senior business executives do not understand blockchain, 30 percent consider their knowledge of the emerging technology as “average.” The remaining 7 percent described senior executive understanding of blockchain as “good.”

Moreover, 76 percent of respondents claimed they do not feel that senior business executives at large firms are committed to blockchain, but expect global expenditures on blockchain technology to increase by 108 percent in 2019.

33 percent of respondents believe that in two years, the application of blockchain in financial services and banking will dramatically increase. The participants of the survey also named digital identity and healthcare as fields which will be significantly impacted by blockchain technology.

As Cointelegraph previously reported, some high-profile crypto bulls expect institutional demand for cryptocurrencies to drive the industry forward in 2019. In October Mike Novogratz, an ex-Goldman Sachs partner and founder of crypto merchant bank Galaxy Digital, said that institutional demand will bring Bitcoin (BTC) to new highs in Q1 or Q2 2019.

However, last month Bloomberg reported that major Wall Street institutions were delaying plans to enter the crypto space, as the values of major cryptocurrencies continue to fall into the new year. Insiders told Bloomberg that Goldman Sachs, Morgan Stanley, and Citigroup gave up their crypto plans until a time when demand is higher.