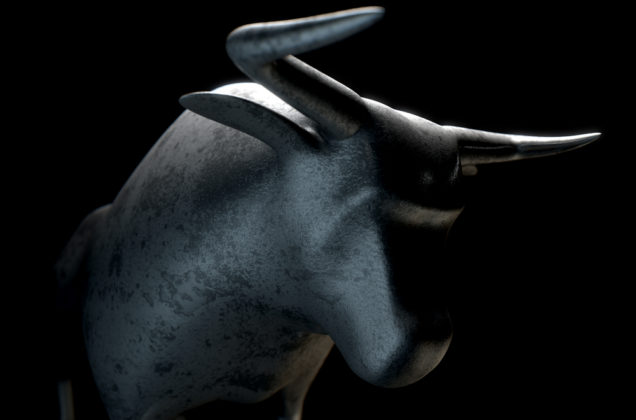 Bitcoin has been caught within an extended bout of range-bound trading in recent times, hovering between $9,000 and $10,000 for over a month
The crypto does appear to be well-positioned to see further consolidation, as there aren’t any clear catalysts that could drive a movement in either direction
There is one pricing model that seems to indicate Bitcoin could be just a month away from entering its next bull phase
The model also shows that BTC was positioned to enter a full-blown bull market earlier this year until the Black Swan pandemic delayed this

Bitcoin and the aggregated cryptocurrency market have continued ranging sideways. BTC has been showing some heightened signs of weakness as of late due to it hovering around the lower boundary of this trading range.
Where it trends next will be largely guided by which side of the range is broken first, and its consecutive rejections at $10,000 seem to suggest a downside break is imminent.
One newly released pricing model does seem to suggest that the benchmark digital asset remains macro bullish.
The prominent on-chain analyst who put forth the model notes that the next month could be highly positive for BTC.
He also notes that the longer it consolidates around its current price, the larger the next movement will be.
Bitcoin’s Consolidation Phase Persists as Model Forecasts Imminent Upside
At the time of writing, Bitcoin is trading down marginally at its current price of $9,140. This is around the price level at which it has been trading throughout the past several days.
Because sellers have been unable to force it beneath $9,000, its mid-term outlook does appear to remain relatively strong.
Despite it flashing some signs of overt weakness, a newly released pricing model from analyst Willy Woo seems to indicate that it only has another month of range-bound trading before its price enters its next bull cycle.
He spoke about this in a recent tweet, saying:
“This is a new model I’m working on, it picks the start of exponential bull runs. 1) Bitcoin was setting up for a bullish run until the COVID white swan killed the party. 2) This model suggests we are close to another bullish run. Maybe another month to go.”

Image Courtesy of Willy Woo
BTC Could be “Winding Up” for a Massive Movement
Woo also explains that the longer Bitcoin trades sideways for as investors accumulate, the higher its next price peak will be.
“The longer this bull market takes to wind up, the higher the peak price (Top Cap model). A long sideways accumulation band is ultimately a good thing.”

Image Courtesy of Willy Woo
This means that the unrelenting bout of sideways trading seen throughout the past month may ultimately prove to be beneficial to Bitcoin’s future price action.
Featured image from Shutterstock.

Survey Shows 77% of Americans Are Concerned About Rising Inflation, Prices...