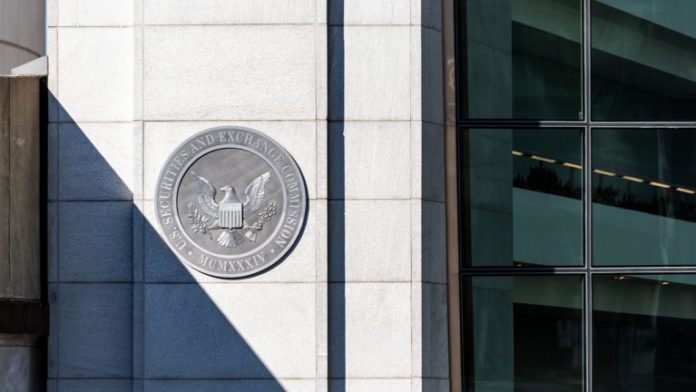 The U.S. SEC charged three individuals that allegedly conducted insider trading related to the Long Blockchain company back in 2017. One of the individuals allegedly traded stocks ahead of the name change that gave the company a price boost. The other two individuals were tipped and took advantage of the data to trade accordingly, the U.S. regulator says. Long Blockchain, formerly Long Island Iced Tea, made big gains just from rebranding, taking advantage of blockchain’s growing popularity.

The Securities and Exchanges Commission (SEC) is charging three individuals that allegedly profited from Long Blockchain’s name change back in 2017. The lawsuit claims the three individuals profited from inside information and traded stocks before the famous rebranding happened. Among these is Eric Watson, who according to the complaint, was responsible for the rebranding scheme. Watson allegedly tipped off Oliver Barret-Lindsay, a friend and broker about the rebrand changes.

Barret-Lindsay also gave the information to another friend, Gannon Giguiere, about the rebranding event. Giguiere put his hands to work and bought 35,000 stocks, making more than $160,000 in profits. Barret-Lindsay and Giguiere are already facing litigation for allegedly staging a stock manipulation scheme related to a medical company.

The SEC remains committed to preventing all types of fraudulent conduct in connection with purported ‘crypto’ companies, including profiting from trading on material non-public information.

A Pivot From Iced Tea to Crypto

Long Blockchain is one of a select group of companies that took advantage of the blockchain craze that happened back in 2017. Lots of sports, apparel, and other companies changed their names to be more appealing to the public. Long Island Iced Tea (LIIT) announced it would pivot its business model to blockchain-related activities. However, it didn’t make any agreements or release a blockchain-related product since the rebrand.

Company shares rose 289% in just one day, giving Long Blockchain (LB) investors a good profit. Eric Watson was the biggest stockholder of the company, owning 13% of the shares. The happiness didn’t last long though. The SEC delisted its shares from stock markets last February. According to the regulator, Long Blockchain failed to file financial reports for several years. The last LB report filed with the SEC was dated back in 2018.

This is the first action the SEC has taken against companies that rebranded during that time. Other actions might be exerted on other companies that staged similar pivots and rebranding moves.

What do you think about the SEC’s actions against Long Blockchain? tell us in the comments section below.

Surviving on Bitcoin for a Day: Influencer Ryan Trahan Does a...