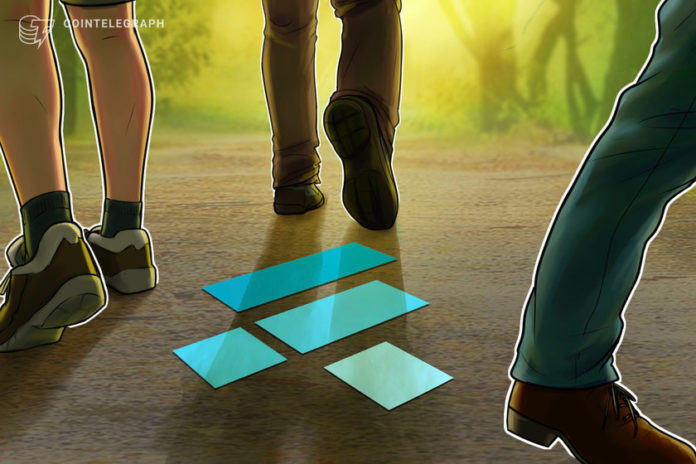 FTX won’t be getting a bailout from Tether who confirmed it isn’t planning to provide a cash injection despite the CEO reportedly reaching out to multiple firms for help.

Cryptocurrency exchange FTX has lost at least one potential rescuer as it battles to fill a reported multi-billion dollar hole in its balance sheet.

The chief technology officer of stablecoin issuer Tether, Paolo Ardoino, on Nov. 10 confirmed the company does not have “any plans to invest or lend money to FTX/Alameda.”

Tether does not have any plans to invest or lend money to FTX/Alameda. Full stop.

Ardoino’s comments came after a Nov. 10 report from Reuters suggested that FTX is now at a $9.4 billion shortfall, with FTX CEO Sam Bankman-Fried reaching out to multiple companies seeking cash to keep the exchange afloat.

According to the report, Tether, crypto exchange OKX and venture capital firm Sequoia Capital are some of the companies Bankman-Fried has approached for funds, reportedly asking for $1 billion or more from each of the firms.

Tether’s chief technology officer response appears in line with the sentiment from a Nov. 9 blog post from Tether which assured the community it has no exposure to Alameda or FTX.

The stablecoin issuer has also been reported to have frozen 46,360,701 Tether (USDT) owned by FTX in its Tron blockchain wallet on Nov. 10 to comply with law enforcement.

It is not currently understood whether OKX or Sequoia Capital is considering support for the embattled exchange.

However, Lennix Lai, director of financial markets at OKX, previously told Reuters on Nov. 9 that Bankman-Fried asked for up to $4 billion from the exchange to help cover FTX liquidity issues, though didn’t confirm if the company would assist FTX.

Meanwhile, on Nov. 10, Sequoia zeroed out its nearly $214 million worth of investments into FTX marking them as a complete loss saying FTX’s liquidity issues “created a solvency risk” but added it wouldn’t have a large impact on the company.

Crypto exchange Kraken was also reportedly approached by FTX according to two unnamed sources as reported by Axios on Nov. 10 but it was not said if any deal was reached by the two parties.

Cointelegraph contacted OKX, Kraken, Sequoia Capital and FTX for comment but did not immediately receive a response.

So far, FTX appears to only be able to continue limited withdrawals through a deal with the Tron blockchain allowing its assets to be swapped 1:1 with external wallets. The agreement caused Tron-based tokens to trade at a premium of up to 1200% on the platform as users rushed to find an exit from the exchange.