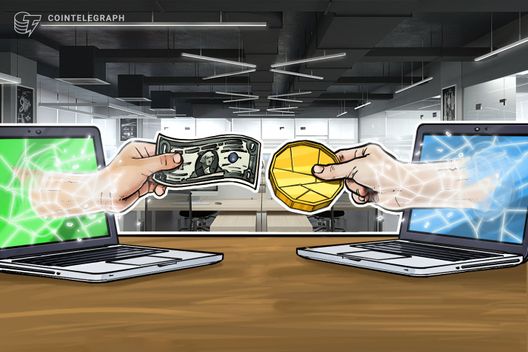 The Huobi Derivative Market has added EOS contracts, which allows traders to take both long and short positions on the cryptocurrency.

Huobi is currently the third-ranked cryptocurrency exchange by adjusted volume on CoinMarketCap, with around $505 million in 24 hour volume at press time.

Traders will reportedly be able to take both long and short positions on EOS. The decision to create the derivative contract is part of the exchange’s “ongoing efforts to address customer demand.”

According to the press release, the contract will support price limit, order limit and position limit orders at up to 20x leverage. The fees for trading the EOS derivative on the Huobi Derivative Market will be 0.02 percent for makers and 0.03 percent for takers to both open and close positions.

At press time, EOS is trading at around $2.35, down a little more than 7 percent on the day.

Huobi announced the launch of its derivative market at the Cryptofrontiers conference in New York in November. Contract trading allows users to purchase and sell digital currencies at predetermined prices at specified times in the future, giving investors the opportunity to gain from both upward and downward market trends.

As Cointelegraph recently reported, OKEx, a major Malta-based cryptocurrency exchange, has recently launched a new derivative. This new product — called Perpetual Swap — is a virtual derivative that lets users speculate on the future value of BTC/USD. The perpetual swaps reportedly have no expiration, meaning that the positions can be held indefinitely.

Nasdaq, the world’s second-largest stock exchange, plans to release its own Bitcoin (BTC) derivate, Bitcoin futures, in the first half of 2019.

Luno CEO: ‘Industry Accelerated a Lot Faster This Year Than We Anticipated’

Ethereum-Based Chat Platform Lays Off 25% of Staff Due to Crypto...

TRON CEO Says He Will ‘Rescue’ ETH and EOS Developers From...