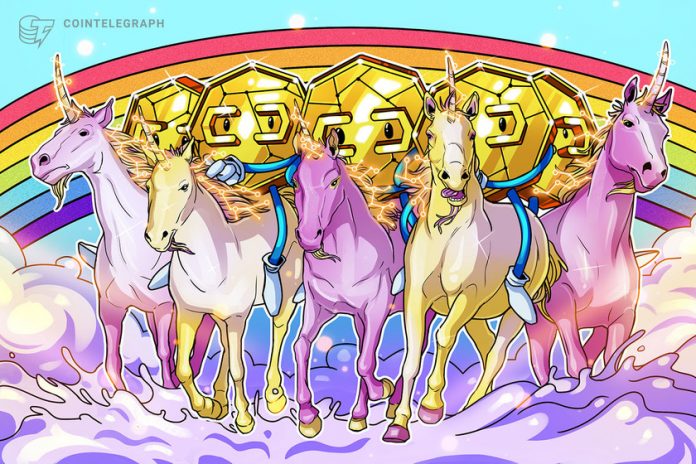 Uniswap’s decentralized exchange reached a major milestone on Monday as cumulative trade volumes surpassed $100 billion in the wake of the decentralized finance boom.

@Uniswap just became the first decentralized trading platform to process over $100b in volume – an exciting milestone for DeFi pic.twitter.com/hUoM36aG6A

Uniswap has processed over $1.2 billion worth of transactions in the last 24 hours, according to CoinGecko, placing it among the largest exchanges for cryptocurrency trading.

Decentralized exchanges, also referred to as DEXs, have seen their volumes grow considerably over the past eight months. They now threaten centralized-exchange dominance due to the rapid uptake of DeFi governance tokens.

The upsurge in trading activity has come at a cost though. As Ethereum-based DEXs and on-chain transactions continue to grow, so too do the transaction fees. Cointelegraph recently reported that transactions on Uniswap can cost over $100 during peak overload periods.

Uniswap has emerged as a critical piece of the DeFi sector thanks to its first-mover advantage and ability to accommodate new token projects. In late 2020, the exchange airdropped 400 UNI tokens to users that had previously contributed to its liquidity. At the time of the airdrop, the 400 UNI were worth around $3,500. The tokens are now worth a combined $8,400.

More than $57.6 billion has been locked into DeFi protocols, according to the latest industry data.

Japanese Cryptocurrency Exchange to Relaunch as Part of Huobi After Buyout