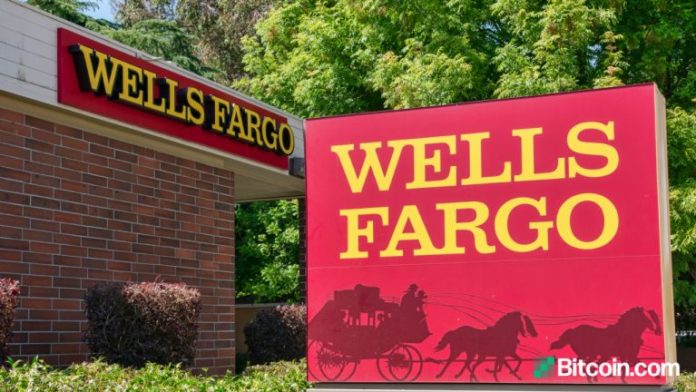 Wells Fargo will soon offer “a professionally managed solution” for cryptocurrency to clients. “We think the cryptocurrency space has just kind of hit an evolution and maturation of its development that allows it now to be a viable investable asset,” said the president of Wells Fargo Investment Institute.

Wells Fargo Getting Into Crypto

He said that his firm is in the final stages of adding an actively managed cryptocurrency investment strategy to its platform for qualified clients. The crypto research and due diligence effort are being led by Greg Maddox, head of Global Manager Research, a division of Wells Fargo Investment Institute.

Emphasizing that the firm has been searching for “a professionally managed solution” for months, Cronk expects the strategy to be added to the platform around mid-June.

He also explained why Wells Fargo has changed its mind about offering a crypto service to its clients. The firm was previously concerned about the lack of regulatory clarity around cryptocurrency. John LaForge, head of real asset strategy for Wells Fargo Investment Institute, said in December that his team did not have an official recommendation on cryptocurrency and clients could not hold crypto at Wells Fargo. However, Cronk clarified:

We think the cryptocurrency space has just kind of hit an evolution and maturation of its development that allows it now to be a viable investable asset.

Nonetheless, he cautioned that cryptocurrency is an evolving asset class that needs deeper due diligence. “So we’re still not suggesting in our work that it is its own dedicated asset class with a strategic allocation to it in every portfolio,” he emphasized. “For those investors who qualify and have an interest, there’s some good academic and money-management work to suggest that it can be a nice diversifier to portfolio holdings.”

Wells Fargo’s new crypto investment strategy is expected to be limited to qualified investors. Cronk explained that there are still “plenty of risks” associated with cryptocurrency investing, including operational, regulatory, and technology failures. However, he concluded:

There’s a whole element of consumer protections and regulations that have to still evolve with the changing landscape. So we’re not without risk, it’s just that we think there can be a viable investable option for those clients who show an interest.

What do you think about Wells Fargo changing its mind about cryptocurrency? Let us know in the comments section below.