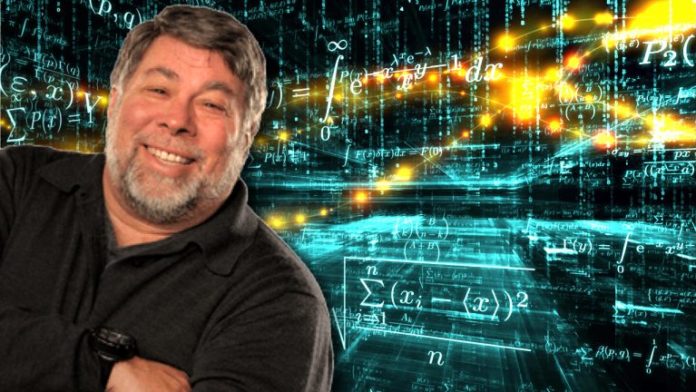 Presenting at the Talent Land Jalisco 2021, Apple cofounder Steve Wozniak called bitcoin an “amazing mathematical miracle.” Wozniak said he’s not a bitcoin investor per se, but “believes in it for the future.”

Apple cofounder Steve Wozniak is a fan of bitcoin and he’s mentioned the subject on numerous occasions over the years. Back in August 2018, Wozniak revealed he was participating with a crypto startup and spoke highly about bitcoin.

“It’s so independent,” Wozniak said at the time. “It’s kind of like the internet when it was brand new… I was amazed at the technology behind it,” Wozniak added. Still months before the internet comparison, Wozniak told an audience at the Nordic Business Forum in Sweden that he wasn’t obsessed with bitcoin either.

“I had bitcoin to experiment with and when it shot up high, I said, ‘I don’t want to become one of those people that watches it, watches it and cares about the number,’” Wozniak said at the time.

Speaking at the Talent Land Jalisco 2021 event this week, Wozniak had a similar outlook and highlighted that he doesn’t invest in bitcoin. The event which was 100% in digital format, saw more than two million attendees dedicated to the development of technology, innovation, and entrepreneurship projects.

Despite not investing in bitcoin, Wozniak said that the leading cryptocurrency was still a very profound invention. Wozniak further stated:

Bitcoin is the most amazing mathematical miracle.

Wozniak’s Efforce Crypto Coin and His Failed Battle With Google

Last year in July, Steve Wozniak and 17 other victims sued Google and its subsidiary Youtube for allowing crypto scams using his name. However, less than 12 months later, Wozniak failed to win the lawsuit against Youtube and its parent, Google LLC.

What do you think about Apple cofounder Steve Wozniak saying bitcoin is a mathematical miracle? Let us know what you think about this subject in the comments section below.

Why Bitcoin, Ethereum and the Entire Crypto Market Are Down in...