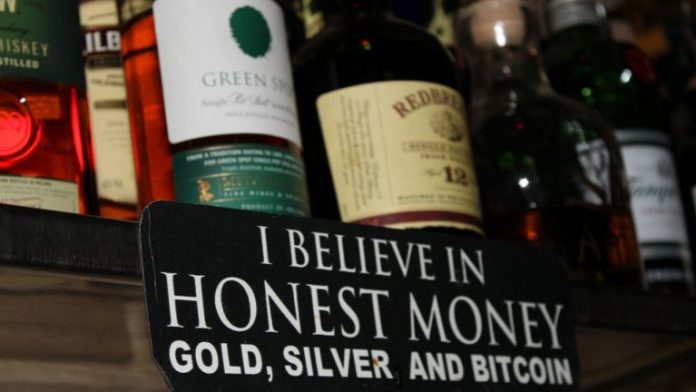 Room 77, the German bar and restaurant that claims to be the first retail outfit in the world to accept bitcoin payments, has shut down. Cypherpunk Holdings chief economist Jon Matonis broke the news on Twitter. Bar owner Jorg Platzer later confirmed it on Reddit.

“Room 77 is closing for good,” Platzer revealed in a rather futuristic, celebratory post on Oct. 18. “We think our mission is accomplished and it is time to go back to our home planet. Thanks for all the fish and the generous tips!”

No official reason was given for the closure of the Berlin-based joint. But there’s suspicion this may have been related to the coronavirus pandemic. Lockdown restrictions linked to Covid-19 have hit the global hospitality industry hard.

In Berlin, strict restrictions on the sale of alcohol remain in place, with bar operators banned from selling the product from 11 p.m. to 6 a.m. The measures have badly affected profits.

Located in Kreuzberg, Berlin, Room 77 began accepting bitcoin (BTC) as a means of payment in 2011, becoming the first bar, and most likely the first private retail outlet, in the world to do so. Since then, the drinking spot has developed into something of a pilgrimage site for bitcoiners, who patronize the place for its BTC payments and more.

“Before we did that (accept BTC), all media coverage about bitcoin was about hackers stealing credit card details and selling them on the black markets,” Platzer said in a 2018 interview, highlighting how the establishment had changed media perceptions and coverage around the top cryptocurrency.

In the crypto community, people responded to Room 77’s closure with fond memories of the past.

“End of an Era: Room 77 in Berlin closes doors permanently!” tweeted Jon Matonis, the Cypherpunk Holdings chief economist. “Blame it on Covid or blame it on gentrification. Either way, this Kreuzberg landmark has served as a Bitcoin watering hole for over 10 years, with thousands making the obligatory pilgrimage. Thx for the memories, Joerg!”

Redditor @etrnetm said: “Thanks for providing the unofficial embassy of Bitcoin in Berlin to us earthlings. We shall meet again.”

It is clear by now that nobody will stop bitcoin anymore. Sound money on a global scale will soon make it unfeasable to wage wars and it will create economic equality amongst mankind. We estimate it will take you less than another century to rise and join the intergalactic community.

What do you think about the unexpected closure of Room 77? Share your thoughts in the comments section below.

Tim Draper’s Venture Studio to Triple-Down on Blockchain Projects With a...