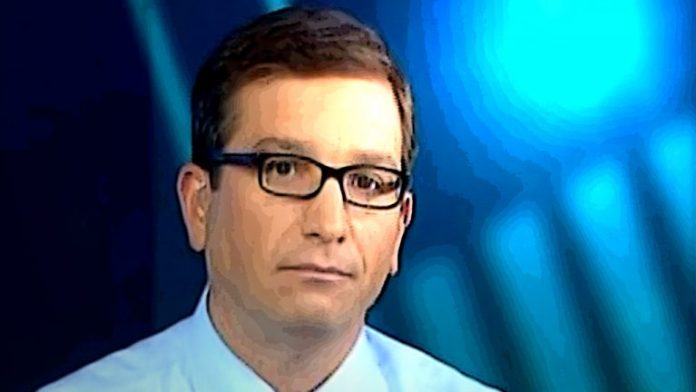 Hedge fund manager Brian Kelly says the surging number of institutional investors owning bitcoin is down to the digital currency’s core value proposition- a fixed coin supply. On the other hand, the same institutional investor interest is helping to build confidence in the top cryptocurrency while taking away some of the perceived risks.

Kelly’s comments follow reports that the European Central Bank (ECB) wants to issue its own digital currency. Speaking in an interview, Kelly, who is the founder of BK Asset Management, dismisses the notion that a central bank-issued digital currency poses a threat to bitcoin.

Noting that China and the U.S. have similar plans, Kelly is quick to point out that none of the central bank-issued digital currencies can match bitcoin’s value proposition. Kelly explains:

I cannot imagine the ECB issuing a digital currency that has a fixed supply. In fact, I would think it (digital Euro) will make it a lot easier for them to digitally print more money.

Furthermore, he says it is this creation of excess money by central banks that “carry risks for holders fiat currency.” Creating excess money highlights why bitcoin (BTC) is seen as “digital gold.”

However, when asked about his bitcoin price prediction, an evasive Kelly offers an explanation of what is likely to happen first before the top crypto makes its biggest break. He says:

Bitcoin has been above $15,000 for more than 12 days in its entire history. I suspect that some people who bought in late 2017 and in 2018 might want get out of it. So I would not be surprised to see a pullback.

Still, the fund manager says that he will not be surprised if the value surged further in the “longer term.” Bitcoin, which trades above $16,150 at the time of writing, has a total market value of over $300 billion. In contrast, the total value of known gold stocks is $9 trillion, a figure that dwarfs bitcoin’s total market value several times over.

Without being specific, Kelly says the current disparity between bitcoin and gold prices means “there is a lot scope for upside.”

Meanwhile, backing Kelly’s strong assertions that institutional investors are heavily involved in the bitcoin, is the latest weekly report by Arcane Research. According to the report, the number of large bitcoin traders on the CME “has more than doubled this year” while open interest is nearing $1billion.

Arcane Research cites a report by the Commodity Futures Trading Commission (CFTC) showing almost 100 large traders that hold the bitcoin contracts on CME. This contrasts with the year 2019 when there were only 45 such large traders. 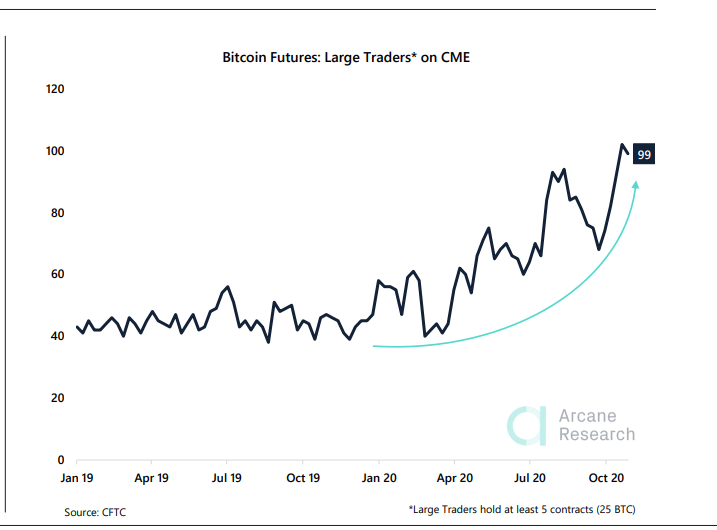 The report concludes that “this is perhaps one of the best indications of increased
institutional demand for bitcoin exposure.”

What are your thoughts about Kelly’s bitcoin price prediction? Tell us what you think in the comments section below.

Small-Cap Crypto Assets Are Outperforming Bitcoin: Here’s Why This Will End...