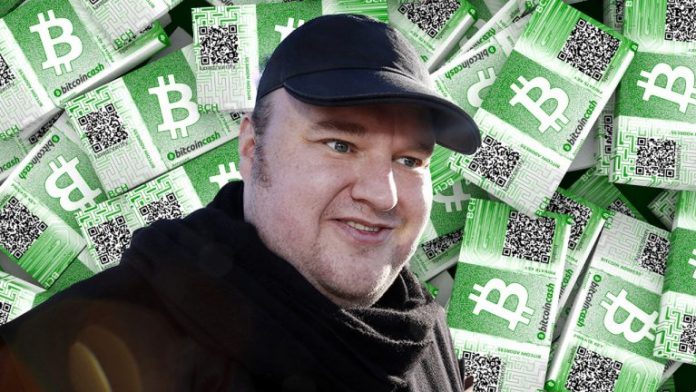 On February 12, the founder of the now-defunct file-sharing website Megaupload and cryptocurrency proponent, Kim Dotcom tweeted about a new website he created that shows the upside of bitcoin cash. The web portal whybitcoincash.com highlights why people should join the digital money revolution and how “cryptocurrencies stand to transform the way business and individuals exchange value.”

In mid-January, news.Bitcoin.com chatted with Kim Dotcom and he discussed how he planned to “accelerate” the mission of peer-to-peer electronic cash. Dotcom has been very vocal about his support for bitcoin cash (BCH) and before our interview, the internet entrepreneur said his next-generation content monetization app K.im will see bitcoin cash (BCH) integration. Dotcom has continued to pursue accelerating bitcoin cash adoption and on Friday, Dotcom told his 700,000 Twitter followers about his new website.

“Many people are asking me why I’m supporting Bitcoin Cash and why I think it has the biggest upside potential,” Dotcom tweeted. “Good question. I made this little website for you.”

The website is called whybitcoincash.com and it explains the many benefits bitcoin cash (BCH) has to offer in contrast to bitcoin (BTC). The website explains that BCH is just like BTC, but with a number of adjustments making it the “digital equivalent of cash.”

The website details how BTC can be considered the “digital equivalent of gold.” BCH, on the other hand, has stayed consistent with Satoshi Nakamoto’s white paper, which is a “purely peer-to-peer version of electronic cash.”

The whybitcoincash.com site also explains the differences between each network, as BCH has 100 transactions per second (tps), while BTC’s tps is 3-7. The website also highlights that BTC is impractical for micro-transactions with fees fluctuating between $5 to even $50 per transfer. Moreover, people often assume the gold market is massive, and it’s true a market valuation of $10 trillion is still much larger. If bitcoin managed to acquire a market capitalization of that size, it still wouldn’t be as large as the worldwide cash market at $100 trillion.

“Bitcoin Cash wants to be carbon neutral, and put in everyone’s hands the power to create a positive impact,” Dotcom’s whybitcoincash.com site says. To top it all off, the website highlights that BCH has more than 100,000 merchants that accept the crypto asset, it is borderless, uncensorable, and peer-to-peer electronic cash that allows individuals to send “directly from one party to another without going through a financial institution.”

After Kim Dotcom shared the new website, bitcoin cash markets jumped over 9% during the 24-hour time period. At 9:02 p.m. (EST) on Friday evening, BCH touched a daily high of around $585 per unit and was up 27% for the week. At press time on Saturday, BCH is just above the $560 per unit price range. 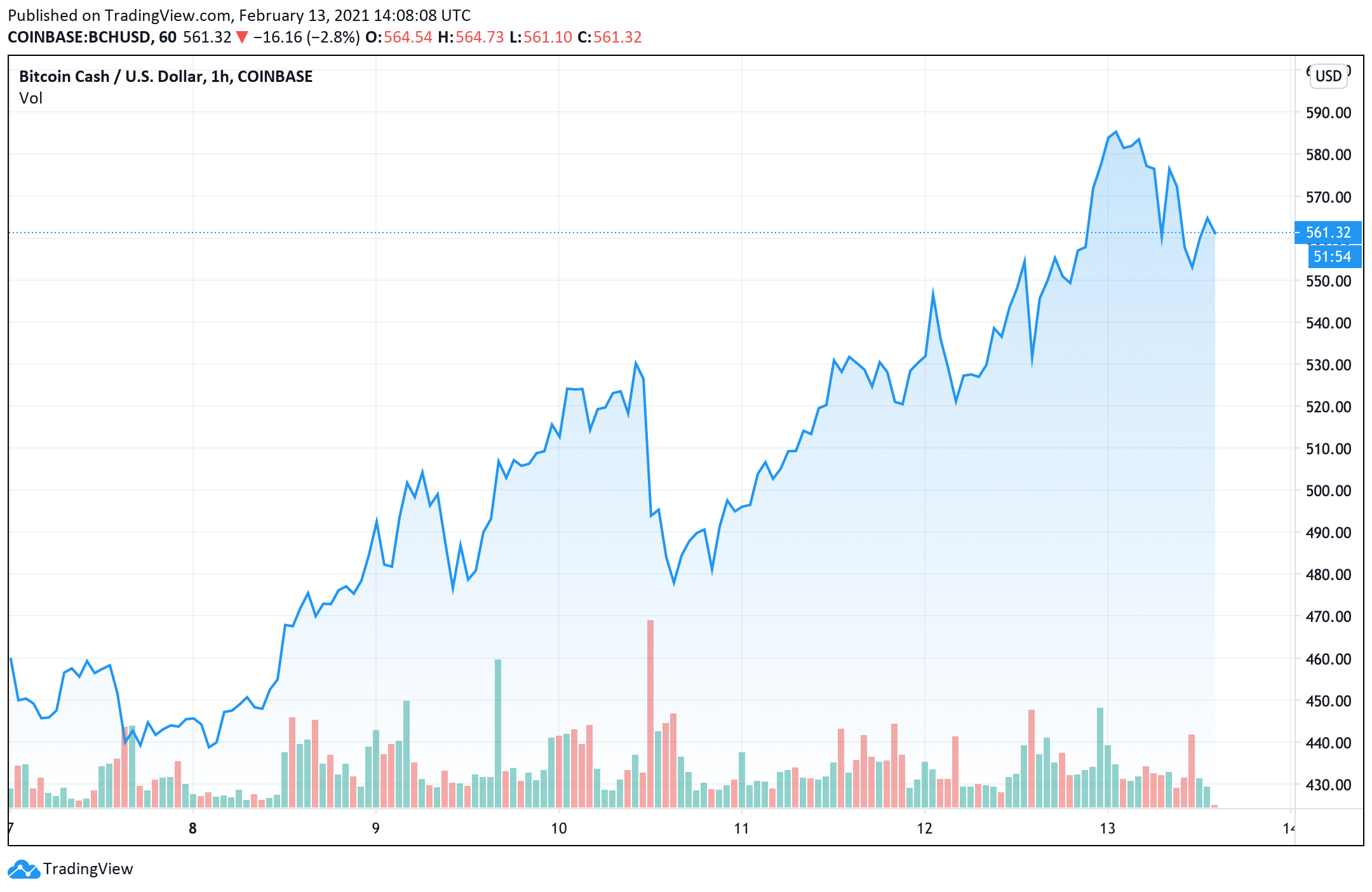 Holders’ Composition by Time Held stats for bitcoin (BTC), according to Into the Block insights, shows that BTC has 60% for a 12 month period, while bitcoin cash (BCH) has 91%.

Rising Daily Transactions, Privacy and the Ability to Forge Tokens

In addition to the descriptive website and Dotcom’s tweet on Friday showing the new domain to his followers, some individuals mentioned that BCH also has privacy and the ability to issue tokens.

BCH supporters regularly leverage a protocol called Cashfusion and it has been noted to offer superior mixing techniques in comparison to traditional Coinjoin methods. For instance, on January 29, 2020, data analyst and BTC proponent, James Waugh, said that Cashfusion was far more practical than other Coinjoin protocols.

The Bitcoin Cash network also has Schnorr Signature capabilities as well. As far as tokens, the Simple Ledger Protocol (SLP) has seen extensive development during the last few years. A myriad of SLP tokens built on top of the BCH network already have real-world value and there are a couple of SLP-built stablecoins, including more than six million tether (USDT). Check out the video below with Bitcoinbch.com’s CEO, Hayden Otto discussing Kim Dotcom’s new website.

Bitcoin Cash Transaction Fees Were Less Than a Cent Throughout Most...