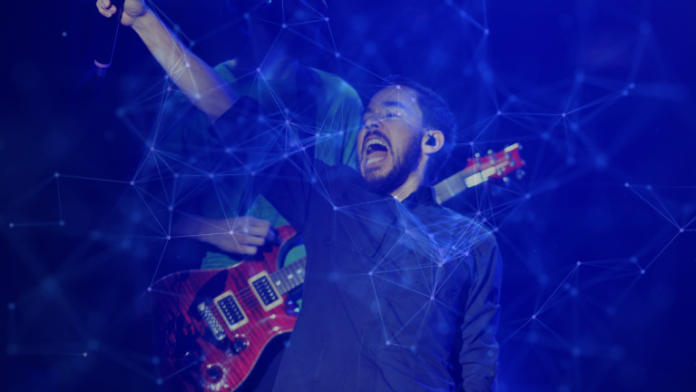 Musician Mike Shinoda, guitarist and founding member of the American rock band Linkin Park, has auctioned his first non-fungible token (NFT) for a charitable cause.

The NFT, a piece of digital media titled ‘One Hundredth Stream,’’ raised over $30,000

According to a tweet from Shinoda’s Twitter profile, $30,000 of the money raised will go to the Michael K Shinoda Endowed Scholarship at the Arts Center College of Design to ‘benefit students based on artistic merit and financial need.’

$30k US will be going to the “Michael K Shinoda Endowed Scholarship” at @artcenteredu to benefit students based on artistic merit and financial need. https://t.co/sMy9tPrWV1

The NFT was a piece of digital media titled ‘One Hundredth Stream,’ featuring a 37-second long animation accompanied by music written by Shinoda. It was uploaded onto the exchange site Zora, which specializes in the buying, selling, and trading of limited-edition art and goods.

Unlike standard digital tokens and cryptocurrencies such as Bitcoin, Ethereum, and Litecoin, NFTs represent something unique and are not mutually interchangeable. This model makes NFTs particularly well suited for digital media and art pieces, the value of which is usually determined by the market and the creators themselves. Shinoda picked up some criticism from fans for attaching value to an item that could be given away for free on social platforms, and used the opportunity to educate his followers on NFTs in a series of tweets.

Unlike the art industry, it’s near-impossible to create counterfeits of NFTs as they’re powered by blockchain technology. Another benefit of NFTs is that ownership rights of the NFT file in question are preserved; although, in the case of digital media such as Shinoda’s piece which includes a song, the buyer ‘does not own the ‘song’, ‘master’ or ‘copyright.’ Without these restrictions, the buyer of Shinoda’s NFT would be legally entitled to sell the music within the media, such as licensing it for a commercial or uploading it onto a digital music platform.

Shinoda is the latest celebrity to join other notable names such as Soulja Boy and Logan Paul capitalizing on the hype around NFTs. A record-breaking number of NFT-art was sold in January according to figures from cryptoart.io, with over $11.5m generated in sales. The majority of NFT sales are paid for using Ethereum and with the value of Bitcoin climbing once again, it’s possible that the excitement around cryptocurrency will lead to more members of the general public discovering NFTs.

With over one million followers on Twitter, Shinoda’s tweets on NFTs have captured the attention of various organizations. Zilliqa, a blockchain platform that’s previously worked with Soulja Boy, responded to one of Shinoda’s tweets saying they ‘would love to work’ with him on an ‘exclusive NFT.’ The social enterprise organization Harmony issued a similar request to collaborate on an exclusive NFT.

Even though Sinota has now raised over $30,000 thanks to his NFT, bids on the item can still be placed by visiting his Zora profile here.

How do you feel about NFT as a future art commodity? Let us know in the comments section below.