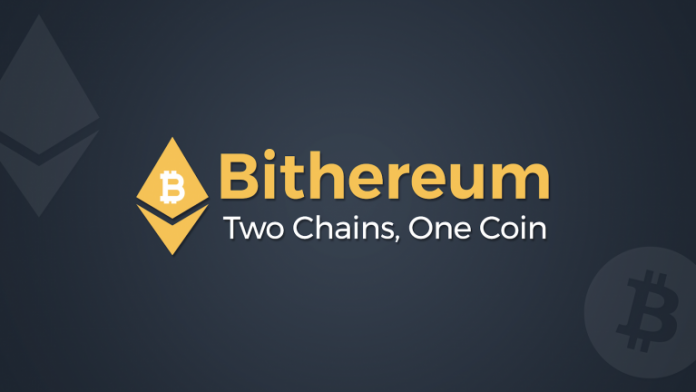 This is a paid press release, which contains forward looking statements, and should be treated as advertising or promotional material. Bitcoin.com does not endorse nor support this product/service. Bitcoin.com is not responsible for or liable for any content, accuracy or quality within the press release.

Dubai, UAE. – The Bithereum (BTH) team is officially launching their peer-to-peer (P2P) fork of Bitcoin centered around “Proof of Stake”, the future of Ethereum mining and blockchain consensus. The launch of Bithereum will occur around December 28th, or at Bitcoin block number 555,555. Based on security, scalability, and functionality, this platform will ultimately lead the world closer to a fully-inclusive, global, decentralized currency.

“Bithereum has developed a platform that will enable a truly peer-to-peer currency while mitigating many existing issues in Bitcoin through its multi-pronged scaling approaches,” explains Bithereum co-founder Sachit Singh. “By bringing together the best aspects of both Bitcoin and Ethereum, we are confident our network will revolutionize Bitcoin mining via Ethereum’s technological roadmap and lead to the widespread adoption of cryptocurrency.”

Bithereum will be starting as a Proof of Work coin upon launch, but recognizes its various inefficiencies in the long-term and will focus on Proof of Stake implementation as a paramount objective; the team has already released a proof-of-concept model for the implementation to the public.

“Proof of Stake”, or PoS, will be the engine that gets this train moving. PoS is a transaction validation method that makes the blockchain network faster, more efficient and cheaper to run. The current Bitcoin mining method, known as “Proof of Work’” is very costly and wasteful in the long run. Not only are there very high up-front costs, but there are also the issues of excessive energy consumption, monopolization of mining efforts and a slow transaction speed.

Co-founder Scott Wade explains: “By augmenting transaction speed and reducing fees, ‘Proof of Stake’ mining will be an economical as well as an ecological advancement.”

“This new method will also lower the excessive energy consumption used by ‘Proof of Work’ mining. We are excited about the potential,” concluded Wade.

Furthermore, the network will be rewarding anyone who runs a full node, similar to how miners get rewarded for their work in every Proof-of-Work system. Full nodes are machines that store the entire blockchain and are a necessity for keeping the network up, however they are not incentivized to do so; Bithereum will address this issue with regular incentives.

Bithereum represents two chains in one coin; by hard-forking Bitcoin, and hard-spooning Ethereum to reward them with BTH, it will be the world’s first hard-spork, rewarding holders of coins on both chains. Ethereum Holders also have the option to claim their BTH prior to the launch on the website if they choose to.

Users who wish to see more about the platform are encouraged to go to the website and to start keeping up with the progress leading up to the launch.

About Bithereum:
Headquartered in Dubai Outsource City, Bithereum aims to do what no other hard fork has done: fusing the visions of both Bitcoin and Ethereum, and ultimately revolutionizing mining, improving scalability, and increasing network consensus. Please log on to: https://bithereum.network/ for more information. Also log on to https://medium.com/bithereum-network for more detailed blogs/tutorials about Bithereum.

This is a paid press release. Readers should do their own due diligence before taking any actions related to the promoted company or any of its affiliates or services. Bitcoin.com is not responsible, directly or indirectly, for any damage or loss caused or alleged to be caused by or in connection with the use of or reliance on any content, goods or services mentioned in the press release.