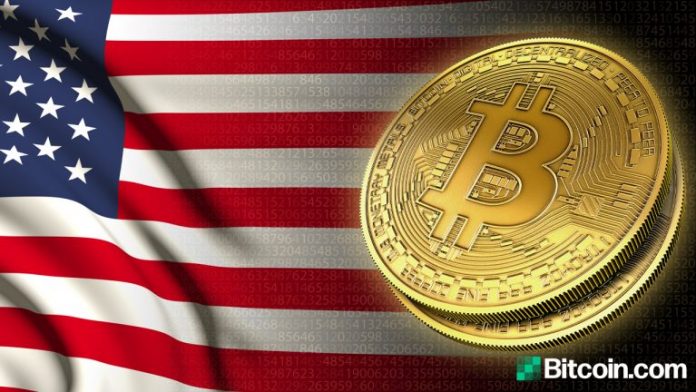 While bitcoin and a number of digital assets set new 2020 price highs, a variety of crypto-asset commentators have detailed that since October, thereâs been a lot of bitcoin buying action during U.S. market hours. Data shows that between East Asia and North America, the two regions account for close to half of all the bitcoin transfers this year. Recent research also highlights bitcoin buying during U.S. hours suggests that institutional buyers are dipping their feet into the crypto economy.

In the U.S., bitcoin has been trending on social media, as the news publication Reuters recently published a story about a great number of North Americans buying into the bitcoin phenomenon. In fact, the report notes thereâs been a âmassive flow of coinâ this year âto North America from East Asia.â Reutersâ findings stem from the blockchain intelligence company Chainalysis and it claims that East Asian exchanges saw net outflows in November representing 240,000 BTC ($4.5B). An extremely large quantity of those bitcoins was sent to the North American continent.

âWeekly net inflows of bitcoin â a proxy for new buyers â to platforms serving mostly North American users have jumped over 7,000 times this year to over 216,000 bitcoin worth $3.4 billion in mid-November,â the report highlights. Ciara Sun, Head of Global Business and Markets at the crypto exchange Huobi spoke with Reuters about the latest trend in the U.S.

âThe sudden influx of institutional interest from the North American region is driving a shift in bitcoin trading, which is rebalancing asset allocations across different exchanges and platforms,â Sun stressed.

The news outlet is also behind the eightball when it comes to noticing this trend early. For instance, in a Twitter thread written on November 20, Blocktower Capital Managing Partner, Ari Paul, spoke about the bitcoin interest stemming from America.

The executive further said that the trend of hedge fund managers like Paul Tudor Jones accumulating bitcoin has been âaccelerating.â âIâve been on a number of calls in the last few weeks with billionaire hedge fund managers discussing making their first $5m-$100m buy, as well as others upsizing their allocations from say 1% of their net worth to 5-10%,â Paul highlighted. The Blocktower Capital executive said that these âbuyers are only interested in BTC and theyâre buying on a monetary narrative.â

Another commentator who has been discussing the situation about the driving bitcoin trends during U.S. hours is the Venture Coinist podcast host Luke Martin. The bitcoiner spoke about Ari Paulâs commentary the same day, and said the executiveâs thread was a good explainer on âwhatâs driving the uptrend in recent weeks.â

â[Ari Paul] points out the buying happening during U.S. trading hours, and relatively flat during Asia hours. If that pattern continues, you get a hint of what happens this weekend,â Martin added. The podcast host also shared a chart that indicates a clear pattern of upswings during U.S. hours and the weekends.

âThe weekend trading hours are highlighted on the BTC chart in red,â Martin tweeted. â[The] past [four] weekends have been almost perfectly flat. Price rises [are] taking place when U.S. traditional markets open. No guarantee the pattern continues but itâs something you should consider for your weekend trades,â Martin said.

The conversation concerning North American buying has continued to trend and the topic was also mentioned by Nate Maddrey of Coin Metrics, in the firmâs latest newsletter âState of the Network: Issue 79.â Maddrey writes about the comments last week from the likes of Paul and Martin on Twitter, and he also details the U.S. bitcoin buying trend has been happening since October.

âThis potentially suggests that price rises are being driven by a new wave of institutional buyers who are active during the day and relatively inactive on nights and weekends,â Maddreyâs report notes.

Coin Metrics researchers studied the trend and shared charts that accent BTCâs price when U.S. markets were open and closed in November 2017 and 2020.

âThe charts highlight bitcoinâs price during the hours that the New York Stock Exchange was open, shown in green. Hours where the stock market was closed, like nights, weekends, and the Thanksgiving holiday, are left blank (i.e. not highlighted),â Maddrey explained.

The study says results are âsomewhat mixedâ and there have been some price movements at night, particularly on November 5. BTC prices opened that day at around $14,133 per unit but during the evening, while U.S. markets were closed, bitcoin prices jumped 10.23% and closed the evening at $15,579 per BTC.

The Many Facts That Indicate Bitcoinâs Creator Satoshi Nakamoto Wonât Ever...

ABOUT US
Ethers News is your news, blockchain and crypto currency website. We provide you with the latest breaking news straight from the blockchain industry.
Contact us: [email protected]
© Copyright ÂĐ 2021 EthersNews, Designed and Developed by Teckgeekz- Digital Marketing Agency