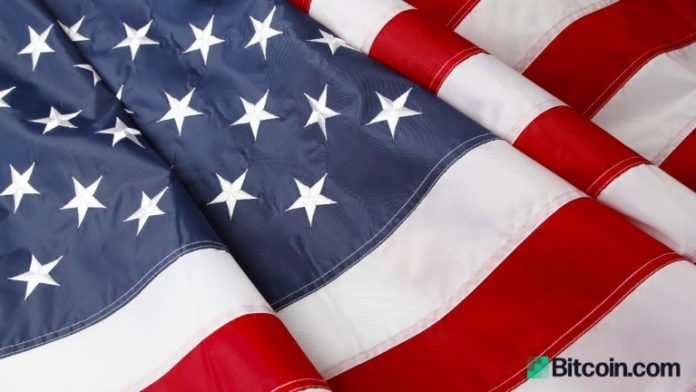 The U.S. House of Representatives has passed a crypto-related bill introduced by pro-bitcoin Congressman Patrick McHenry. It requires the Securities and Exchange Commission (SEC) and the Commodity Futures Trading Commission (CFTC) to establish a working group focused on digital assets.

Bill to ‘Ensure Collaboration Between Regulators and Private Sector’ on Cryptocurrency

H.R. 1602, entitled “Eliminate Barriers to Innovation Act of 2021,” will “establish a digital asset working group to ensure collaboration between regulators and the private sector to foster innovation,” the committee described.

[This bill] requires the Securities and Exchange Commission and the Commodity Futures Trading Commission to establish a working group focused on digital assets. This is the first step in opening up the dialogue between our regulators and market participants and move to needed clarity.

The bill states that the working group shall be established no later than 90 days after the date of its enactment.

In addition, the bill requires that the members of the working group include at least one representative from fintech companies that provide digital asset products or services, financial firms regulated by the SEC or CFTC, institutions engaged in academic research or advocacy relating to digital asset use, small fintech businesses, investor protection organizations, and institutions that support investment in historically-underserved businesses.

The working group shall submit a report no later than one year after the enactment of the bill to the SEC, the CFTC, and the relevant committees, the bill notes.

The report must contain regulatory analysis and recommendations related to the laws and regulations under the jurisdiction of the SEC or the CFTC. The recommendations are “for the creation, maintenance, and improvement of primary and secondary markets in digital assets, including for improving the fairness, orderliness, integrity, efficiency, transparency, availability, and efficacy of such markets.” They must also cover the “standards concerning custody, private key management, cybersecurity, and business continuity relating to digital asset intermediaries.” The bill, which now heads to the Senate, can be found here.

What do you think about this bill? Let us know in the comments section below.

US Regulators’ Approach to Crypto Is Obstructing Innovation: Ex-Congressman