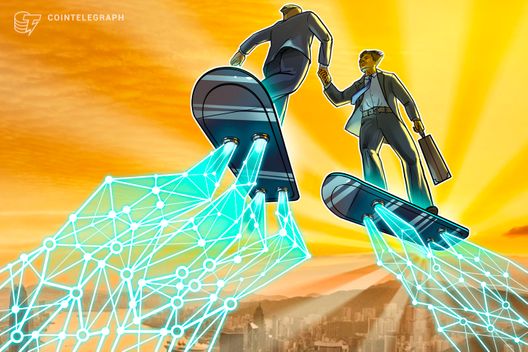 Major United States-based firearms marketplace GunBroker.com will integrate a new stablecoin dubbed “FreedomCoin” as a payment method, according to a press release from the coin’s developers, Jan 29.

Blockchain startup ICOx Innovations announced the coin today as a “new regulatory compliant corporate currency.” According to the firm’s press release, the token will be used to make purchases on GunBroker.com — reportedly the world’s largest website for hunting and sport shooting firearms. The site has reportedly 4.7 million customers and sees $600 million in transactions annually.

FreedomCoin is a stablecoin pegged to the U.S. dollar, which can be stored in an evidently bespoke digital wallet, the press release reports.

“Anyone who has purchased a firearm knows how painstakingly brutal it can be to deal with traditional credit card companies and other financial institutions,” GunBroker.com’s CEO and CTO, Steven F. Urvan, said in a statement quoted in the press release, adding:

“now we can virtually eliminate that problem and expose a whole new segment of gun and outdoor enthusiasts to the world of digital payments.”

ICOx Innovations stressed in the press release that the company will ensure the coin is compliant with local Know Your Customer and Anti-Money Laundering laws, as well as money transmitter regulations.

As Cointelegraph previously reported, ICOx Innovations co-developed the KodakONE Platform —  the developer of a blockchain-based image rights platform licensed by photographic industry giant Kodak — and its KodakCoin token. Media recently reported that the platform generated over $1 million in licensing claims for image rights during a limited beta test.

Crypto Valley Assoc. Pres.: Switzerland Must Be ‘Open and Easy’ for...

3 Ways Bitcoin Will Emerge Stronger After the Economic Crisis