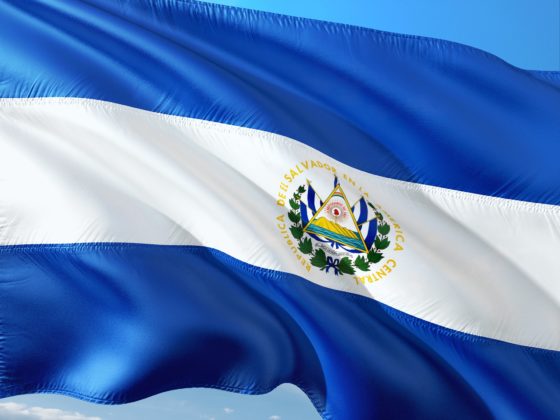 Bitcoin was created to become a monetary system that exists outside the control of third parties, such as governments and banks. It is also a solution for unbanked individuals to hold an account that stores value, and can transfer that value to others on a peer-to-peer basis.
And while this is a long-term vision for the first-ever cryptocurrency, in a rural village in El Salvador, BTC is already replacing the hard-hit economy and providing a much-need solution for unbanked citizens residing in an area along the coast called Bitcoin Beach.
Bitcoin Beach Is Home to Budding BTC Economy, Ideal Solution For Unbanked During Crisis
All nations across the globe are currently struggling financially, as the coronavirus has caused a complete stop of economic production due to lockdown conditions in an attempt to reduce the impact of the outbreak.
Major economic superpowers such as the United States and China are suffered, but it’s the cash-strapped regions where unbanked citizens are commonplace that are left without a monetary system they can rely on.
RELATED READING | FLIGHT TO BITCOIN IN ARGENTINA DUE TO DEBT CRISIS IS A SIGN OF WHAT’S TO COME
In a rural beach located along the coast of  South American nation, El Salvador exists a village now dubbed Bitcoin Beach, where the locals are relying almost solely on Bitcoin to transact and get essentials like groceries.

Real world #Bitcoin transaction in mobile store 15 seconds. Quicker than cash (by the time you give change) and definitely quicker than Credit card. Rural village in El SALVADOR selling out of a van to people banks don’t want to serve. Forget buying coffee w/BTC. This is real pic.twitter.com/YOOo1mL6Hv
— Bitcoin Beach (@Bitcoinbeach) April 27, 2020

In a video shared by the official village’s Twitter account, promoting the adoption of the leading cryptocurrency by market cap, villagers can be seen buying eggs via a contactless mobile app. This is ideal and even recommended by the Wolrd Health Organization as a way to avoid cash during the outbreak.
These mobile payments are being made in Bitcoin, however, not through bank accounts, Venmo, or other options.
Locals prefer Bitcoin for its speed, but its also a necessity, as many people in the area don’t have access to traditional banking solutions.
RELATED READING | MOST IMPORTANT CHART EVER? BITCOIN S2F COMBINED WITH REDDIT RAINBOW CHART EMERGES
With the coronavirus further impacting the economy across the world, and more specifically, in El Salvador, Bitcoin is showing its power as a monetary solution that can exist without a physical form.
Over the last month alone, more than 5 BTC have been distributed to the local villagers, helping local businesses stay in business by selling goods to the over 350 families that are benefitting from the BTC transfers.

Bitcoin was born out of the last crisis and is being used to help the unbanked and most vulnerable get thru the current one pic.twitter.com/irjT7n8y7g
— Bitcoin Beach (@Bitcoinbeach) April 23, 2020

Bitcoin was born from the last major economic crisis, and it is already showing how important the cryptocurrency is during the current one. Not only can Bitcoin provide a solution for the unbanked, even if all other traditional banks collapse, but it is also inflation resistant, and a contactless payment method.
As smaller economies collapse under the pressure of the economic crisis, Bitcoin could continue to prove its worth by serving as a solution for the unbanked – wherever they reside.
Featured image from Pixabay