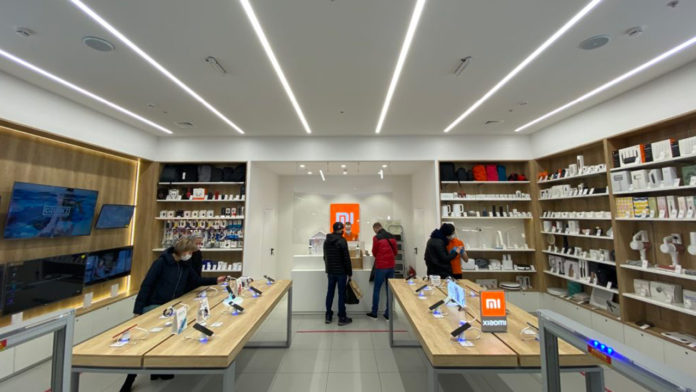 On August 5, the Mi Store in Portugal announced that it was accepting cryptocurrencies including bitcoin, ethereum, tether, and dash. At the time, the Mi Store Portugal said it was working with the blockchain payments company Utrust in order to be more “inclusive.” However, the Mi Store parent company Xiaomi Corporation, which stems from China, responded to the store’s decision to accept crypto and said it does not control the “autonomy of third-party stores.”

Digital currency fans from Portugal got excited when they learned the Mi Store from their region announced it was accepting cryptocurrencies for payments. The Mi Store sells Xiaomi brand smartphones and accessories and the retail store told its Facebook followers on August 5, it would accept bitcoin, ethereum, tether, and dash for payments.

However, the post has been deleted but a number of sleuths uncovered archived URLs and screenshots from the Mi Store Portugal’s social media channels. The Facebook post said:

From now on, shopping at Mi Store Portugal is more inclusive and comprehensive because you’ll be able to buy your favorite gadgets using your electronic cryptocurrency or the most favorable one like bitcoin, ethereum, tether, dash, or the token utrust. Amazing isn’t it?

In addition to the Mi Store social media posts, the blockchain payments project Utrust which is the issuer of the utrust token, also tweeted about the Mi Store in Portugal accepting crypto assets. “Mi Store Portugal, the official Xiaomi retailer, now accepts crypto payments. Xiaomi is the 2nd largest phone manufacturer in the world, and now their local branch is accepting the Money of Tomorrow. Phones, wearables, and more – Shop now,” the now-deleted Twitter post said.

It is suspected that the Mi Store Portugal and Utrust removed these social media posts because of the store’s parent company Xiaomi Corporation. That’s because the Chinese multinational electronics company issued a statement about Mi Store Portugal accepting crypto assets for smartphone and accessory purchases. The company is the largest smartphone company in China and the second-largest in India.

In both of these two regions, the governments have had a distaste for decentralized crypto assets. This year China, specifically, has been very harsh toward the cryptocurrency industry and bitcoin miners. Xiaomi’s statement, concerning Mi Store Portugal, indicates the firm was not notified of such decisions as the store is an autonomous satellite, and Mi Store Portugal’s acceptance does not reflect Xiaomi Corporation.

“Xiaomi Corporation would like to clarify that ‘Mi Store Portugal’ and associated social media channels are operated by a third-party store,” Xiaomi said. “While we respect and understand the legitimate operational autonomy of third-party stores, the decision to accept cryptocurrencies has no connection with the Xiaomi Corporation and was made without our knowledge or approval.’”